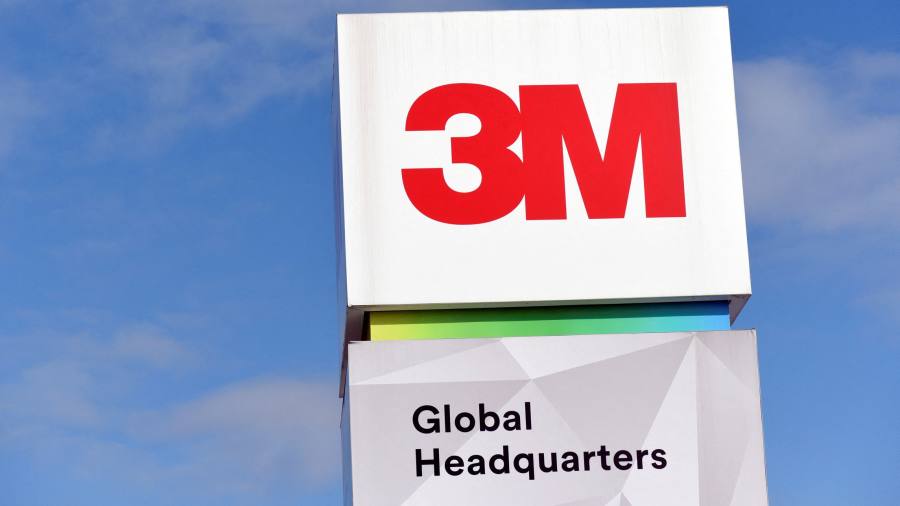 3M announced plans to cut 2,500 jobs worldwide as the industrial conglomerate warned that a slowdown in demand during its fourth quarter was expected to extend through the first half of this year.

News of the cuts accompanied soft fourth-quarter results and outlook for 2023, with chief executive Mike Roman blaming slower than expected growth on “rapid declines in consumer-facing markets . . . along with significant slowing in China due to Covid-related disruptions”.

The job cuts will be concentrated in 3M’s manufacturing operations, which the company last year announced it would restructure. 3M said it employed 95,000 people at the end of 2021, with about 50,000 in manufacturing roles.

Roman said the company was “looking at what additional actions” it could take given the challenging outlook it forecast and as it prepares to spin off its healthcare business.

“We’ve been looking at 3M [parent company] as well, and how do we simplify, streamline and put our position ourselves closer to customers. So it’s really looking deeper and broader,” he told analysts during an earnings call Tuesday.

3M last year announced plans for dramatic changes of its operations beyond the planned separation of its healthcare unit. The Minnesota-based company placed a subsidiary facing billions of dollars in legal claims over allegedly faulty military earplugs into Chapter 11 bankruptcy protection and last month announced it would end production of “forever chemicals”.

Owing in part to continued macroeconomic challenges, the company forecast total sales would be down in a range of minus 6 per cent to minus 2 per cent in 2023, after adjusting for the impact of its planned exit from forever chemicals production. Adjusted earnings of $8.50 to $9 a share would be down from a restated figure of $9.88 in 2022.

The soft outlook came as 3M reported sales in its fourth-quarter fell 6 per cent from a year ago to $8.1bn and net income more than halved to $541mn. The group said growth in organic sales, which strip out acquisitions and divestitures, was 0.4 per cent in the quarter, well below the 1 to 3 per cent it expected.

“We expect the demand trends that we saw in December to extend through the first half of 2023,” Roman told analysts. Sales of electronic devices such as tablets, smartphones and TVs, would be down between 10 and 30 per cent in the first quarter, he continued.