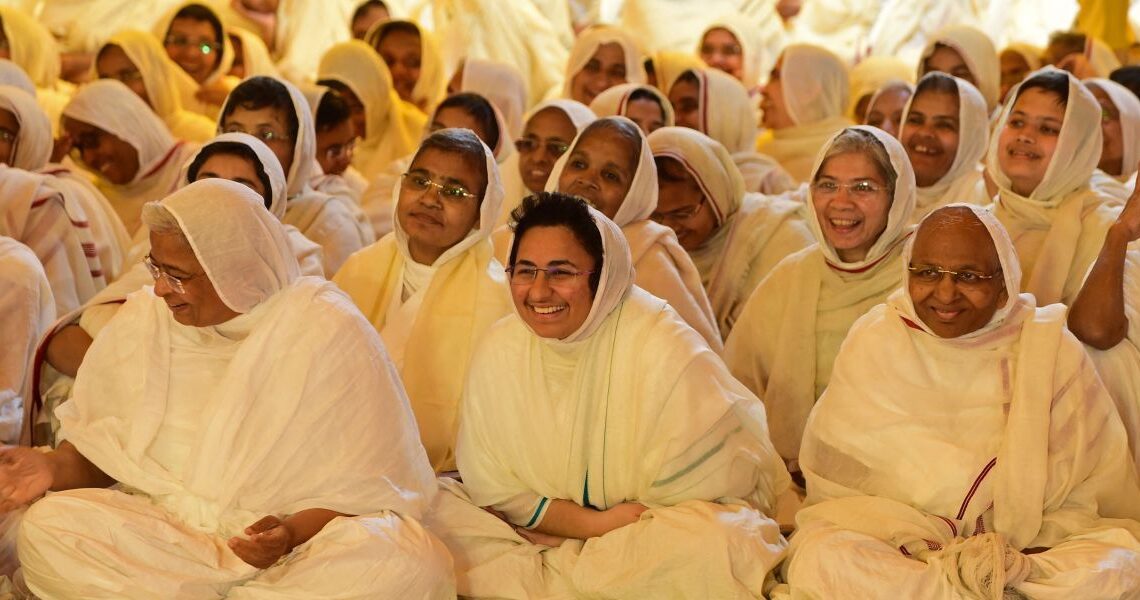 Until last week, eight-year-old Devanshi Sanghvi stood to inherit a vast fortune from her family.

The Indian diamond heiress relinquished those prospects when she was initiated as a nun of the strict Jain faith—which involves renouncing all worldly pleasures.

Local media outlets reported that Devanshi—whose family established and owns the Sanghvi and Sons diamond manufacturer—took diksha, the vow of renunciation, in the presence of a Jain monk and thousands of witnesses.

Sanghvi and Sons, cofounded by her grandfather, Mohan Sanghvi, in 1981—is based in Surat, a city in western India known as Diamond City due to its huge diamond industry. The business, which is now co-owned by Devanshi’s father and another relative, claims to be India’s largest diamond exporter.

According to news agency AFP, the business is worth 5 billion rupees ($61 million).

Devanshi is the oldest of two sisters, and it’s reported she attended 367 diksha events before her own.

“Devanshi never watched TV or movies, and never went to restaurants or attended marriages,” a source who knows the Sanghvi family told the Times of India.

Images and footage distributed by local media showed Devanshi arriving at her own four-day diksha ceremony in a carriage pulled by an elephant. Processions were also held in Mumbai and Antwerp, Belgium, the BBC reported on Monday, where the Sanghvis also do business.

As she bid goodbye to material possessions, the 8-year-old is reported to have had all of her hair removed before trading her elaborate clothing in for a simple white outfit.

Since taking her vows, Devanshi has been living in an Upashraya, a Jain monastery, according to the BBC.

“She can no longer stay at home, her parents are no longer her parents, she’s a Sadhvi [a nun] now,” Kirti Shah, a Surat-based diamond merchant and family friend, told the BBC on Monday. “A Jain nun’s life is really austere. She will now have to walk everywhere, she can never take any kind of transport, she’ll sleep on a white sheet on the floor and cannot eat after sundown.”

Jainism, one of the world’s oldest religions, has upwards of 4 million followers who are largely concentrated in western India.

The strict religious order has a value system that preaches nonviolence above all else, with Jains believing that bad karma is caused by harming living beings.

Its principle of nonviolence is so strict that it includes doing…