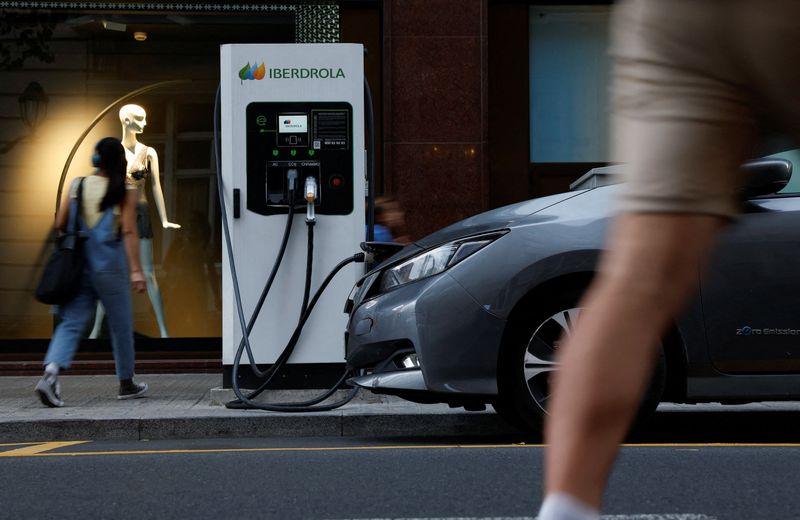 MADRID (Reuters) – Spain’s auto industry is in dire need of an overhaul to catch up with European peers and speed up its electrification process as automakers struggle to recover from a pandemic-induced slump, the country’s biggest manufacturers’ lobby said on Tuesday.

As elsewhere in Europe, Spanish car production has been hampered in the past few years by semiconductor shortages, temporary factory closures and supply chain bottlenecks after the 2020 global outbreak of the COVID-19 disease.

“We cannot waste any more time,” Wayne Griffiths, the head of the lobbying group ANFAC and chief executive of Volkswagen (ETR:)’s Spanish unit SEAT, said while presenting the group’s roadmap until 2025.

“We can’t afford to let 2023 go by without taking ambitious decisions,” he added. “Cosmetic measures are no longer enough.”

Among the challenges the country’s industry faces are weaker-than-expected electric vehicle (EV) sales, an ageing car fleet – which is stymieing emission reduction and safety goals – and a still-lacking charging infrastructure for EVs, Griffiths said.

In 2022, about 78,000 plug-in hybrid (PHEV) and battery electric vehicles (BEV) were sold in Spain, far below the 120,000 required to meet current emission goals. Electric vehicles account for 9.2% of total auto sales, while the European Union average is over 20%.

“Europe is splitting in two, and Spain is falling further and further behind leading countries” such as Germany or Portugal, Griffiths said.

Some measures proposed by ANFAC to boost the sector include revamping subsidies for EV buyers so they are directly applied to the purchase price; streamlining relevant sales, income and corporate taxes; and setting binding targets for the deployment of high-power public EV charging infrastructure.

Griffiths said the industry ultimately needed to encourage consumers to make the leap to EVs, though he was aware that their generally high prices had put off some potential buyers.

“I think there will be a step-by-step democratisation of electromobility. In 2024 and 2025, new models will come out at more affordable prices.”