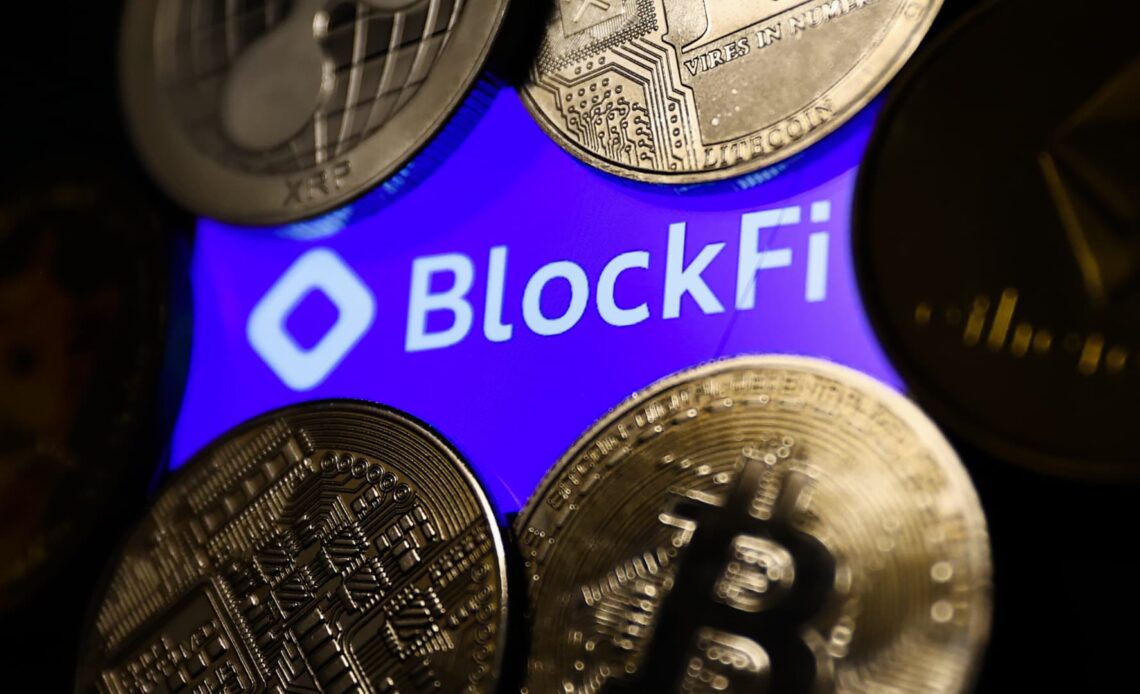 BlockFi logo displayed on a phone screen and representation of cryptocurrencies are seen in this illustration photo taken in Krakow, Poland on November 14, 2022.

Bankrupt crypto lender BlockFi had over $1.2 billion in assets tied up with Sam Bankman-Fried’s FTX and Alameda Research, according to financials that had previously been redacted but were mistakenly uploaded on Tuesday without the redactions.

BlockFi’s exposure to FTX was greater than prior disclosures suggested. The company filed for Chapter 11 bankruptcy protection in late November, following the collapse of FTX, which had agreed to rescue the struggling lender before its own meltdown.

The balance shown in the unredacted BlockFi filing includes $415.9 million worth of assets linked to FTX and $831.3 million in loans to Alameda. Those figures are as of Jan. 14. Both of Bankman-Fried’s firms were wrapped into FTX’s November bankruptcy, which sent the crypto markets reeling.

Lawyers for BlockFi had said earlier that the loan to Alameda was valued at $671 million, while there were an additional $355 million in digital assets frozen on the FTX platform. Bitcoin and ether have since rallied, lifting the value of those holdings.

The financial presentation was assembled by M3 Partners, an advisor to the creditor committee. The firm is represented by law firm Brown Rudnick and is entirely composed of BlockFi clients who are owed money by the bankrupt lender.

A lawyer for the creditor committee confirmed to CNBC that the unredacted filing was uploaded in error but declined to comment further. Attorneys for BlockFi did not respond to a request for comment.

Other information that’s now available regarding BlockFi includes its customers numbers and high-level detail on the size of their accounts as well as trading volume.

BlockFi had 662,427 users, of which close to 73%, had account balances under $1,000. In the six months from May to November of last year, those clients had a cumulative trading volume of $67.7 million, while total volume was $1.17 billion. BlockFi made just over $14 million in trading revenue over that period, according to the presentation, averaging $21 in revenue per customer.

The company had $302.1 million in cash, alongside wallet assets valued at $366.7 million. In all, the crypto lender has unadjusted assets worth almost $2.7 billion, with close to half tied to FTX and Alameda, the presentation shows.

BlockFi’s failure was precipitated by exposure…