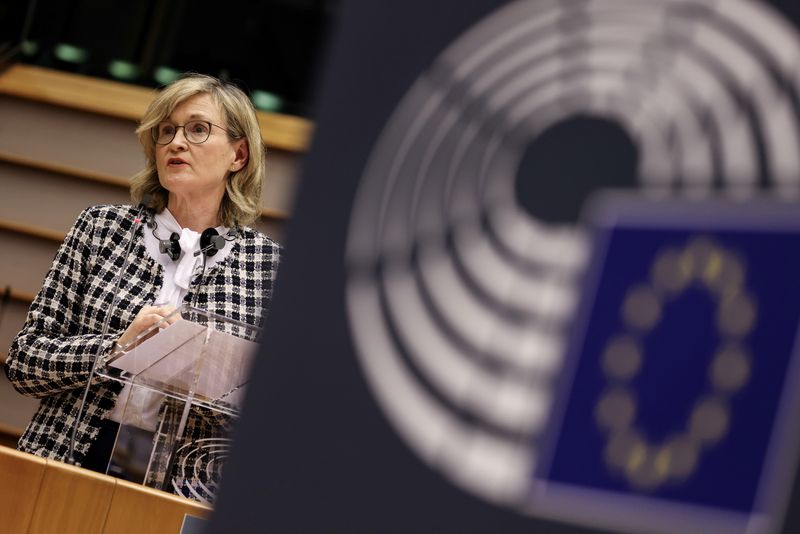 LONDON (Reuters) – A potential ban on commissions paid by banks to financial advisers who sell their products could be part of a wider shake-up of retail financial services in the European Union, the bloc’s finance chief said on Tuesday.

Financial services chief Mairead McGuinness is due to announce a new retail investment strategy in April to deepen the bloc’s capital market as it faces competition from London since Brexit.

This could include the ban on “inducements” or commission as part of efforts to give EU retail investors better value for money.

Inducements have already been banned in the Netherlands, as well as Britain, to end what critics say is a conflict of interest that leads to customers paying more for products due to charges they are not aware of, as banks pass on the cost of the inducements or commissions to them.

Insurers and banks have already begun lining up to lobby against the potential ban on this sales model, which dominates how retail financial products are sold in the EU.

Germany has also signalled its opposition to a ban, saying it would be a setback for attempts to increase retail investment in EU capital markets.

McGuinness stopped short of saying she would include a ban in her proposals in April, but made a case for such a move, saying the Commission’s impact assessment showed retail investors are often advised to buy more expensive products.

“It is really key we shake up the system today and how people get to a situation where money works for them,” McGuinness told the European Parliament.

“Most people find it difficult to grasp how much they are paying when fees are even partially hidden,” she said.

“I think it’s good to grasp this nettle and make change for the better.”

EU states and the European Parliament would have the final say on any proposal to ban inducements.