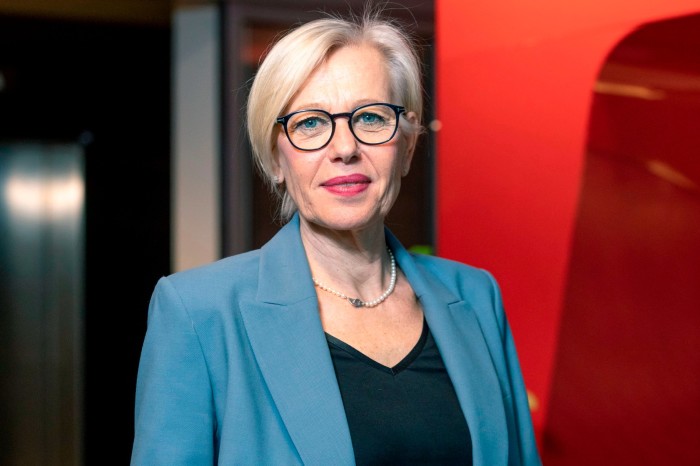 Eurostar is being forced to run trains more than a third empty during its morning peak because of delays caused by post-Brexit border arrangements, the rail service’s new chief executive has revealed.

Gwendoline Cazenave told the Financial Times that demand had rebounded strongly from the pandemic but stations in London, Paris and Brussels could not handle more passengers owing to stringent passport checks that were introduced in 2021.

“Customers [came] back overnight, but the system does not work anymore,” said Cazenave, a former senior executive in the French state railway who took over at Eurostar in October.

The first trains leaving London and Paris every morning carry a maximum of 550 passengers in their 894 seats to prevent bottlenecks at a time when several trains are leaving in quick succession to different destinations.

“If I uncapped it, we would sell all of the seats,” Cazenave said.

The service regularly runs 14 daily trains between Paris and London compared with 18 or more in 2019. Eurostar has managed to operate more trains during some particularly busy periods, but said there are not enough resources at the border to return permanently to its pre-pandemic schedules.

Eurostar has added more staff and an extra French passport control booth has been installed in London. But the number of people who can flow though the border is constrained by the tight space of the international terminals at its stations.

Despite these problems, Cazenave said passenger numbers returned to about 80 per cent of their pre-pandemic levels by the second half of last year.

While the service struggles with constraints, airlines are capitalising on surging demand. Europe’s largest carrier Ryanair plans to run a record number of flights this summer.

“We cannot talk about growth if we are not able to cross the border in the right way. It should be solved, it has to be,” said Cazenave.

Cazenave’s predecessor Jacques Damas ended his tenure with a blistering letter to UK MPs in which he warned the company was “locked into” charging higher prices to a smaller number of customers.

Cazenave takes a more emollient tone and is confident she can find solutions, including adding more of her own staff at borders and persuading border authorities to add more staff.

She said she did not agree that Eurostar…