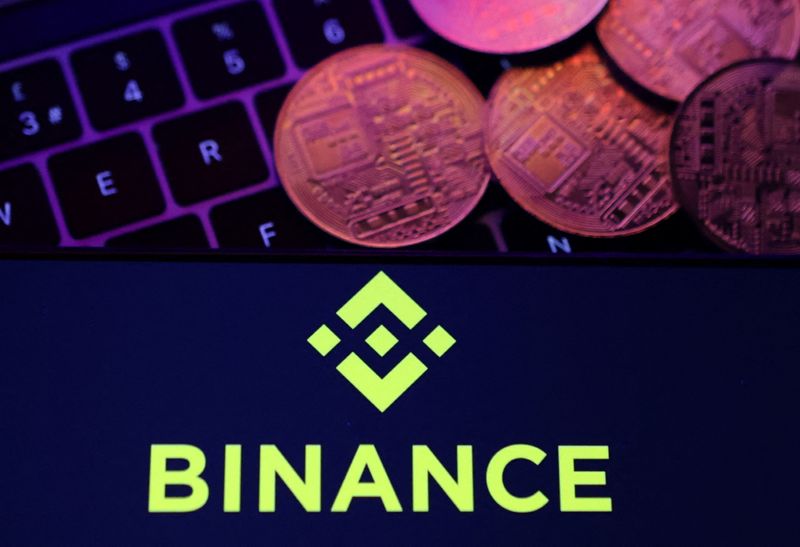 © Reuters. Smartphone with displayed Binance logo and representation of cryptocurrencies are placed on keyboard in this illustration taken, November 8, 2022. REUTERS/Dado Ruvic/Illustration

By Tom Wilson and Angus Berwick

The Justice Department on Jan. 18 said it charged Bitzlato’s co-founder and majority shareholder Anatoly Legkodymov, a Russian national living in China, with operating an unlicensed money exchange business that “fueled a high-tech axis of cryptocrime” by processing $700 million in illicit funds. Bitzlato had touted the laxity of its background checks on clients, the Justice Department said, adding that when the exchange did ask users for ID information, “it repeatedly allowed them to provide information belonging to “straw man” registrants.”

Binance, the world’s largest crypto exchange, was among Bitzlato’s top three counterparties by the amount of bitcoin received between May 2018 and September 2022, the U.S. Treasury’s Financial Crimes Enforcement Network (FinCEN) said last week.

Binance was the only major crypto exchange among Bitzlato’s top counterparties, FinCEN said. It said the others to transact with Bitzlato were the Russian-language darknet drugs marketplace Hydra, a small exchange called LocalBitcoins and a crypto investment website called Finiko, which it described as “an alleged crypto Ponzi scheme based in Russia.” FinCEN did not detail the scale of the entities’ interactions with Bitzlato.

Hong Kong-registered Bitzlato was a “primary money laundering concern” related to Russian illicit finance, FinCEN added. It will ban the transmission of funds to Bitzlato by U.S. and other financial institutions from Feb. 1. FinCEN said. It did not name Binance or other individual firms among those subject to the ban.

A Binance spokesperson said via email it had “provided substantial assistance” to international law enforcement to support their investigation of Bitzlato. The company is committed to “working collaboratively” with law enforcement, they added, declining to give details about its dealings with Bitzlato or the nature of its cooperation with such agencies.

Bitzlato, whose website says it has been seized by French authorities, could…