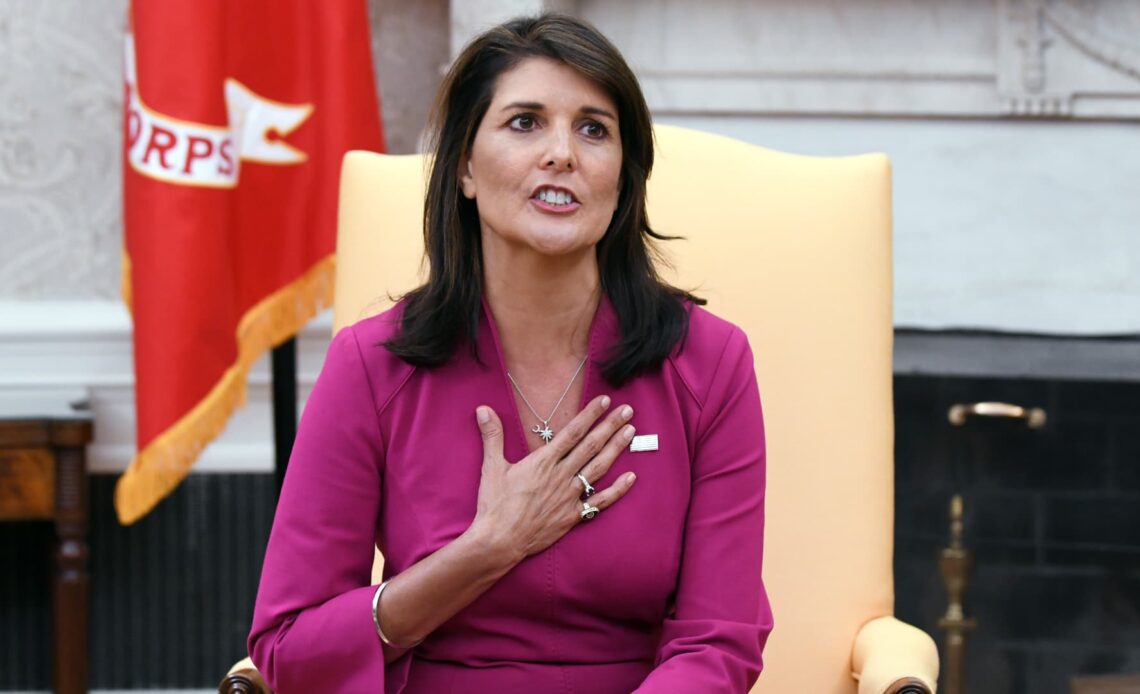 Nikki Haley, the United States Ambassador to the United Nations speaks during a meeting with US President Donald Trump speaks in the Oval office of the White House October 9, 2018 in Washington, DC.

Nikki Haley, the former U.S. ambassador to the United Nations under former President Donald Trump, has hired key staff and is canvassing potential donors as she explores a presidential run against her former boss in 2024, according to people briefed on her plans.

Haley is putting together a national finance committee and communications team in advance of a potential campaign, these people explained. Some of the new hires have been directed to report for work at Haley’s nonprofit Stand for America Inc. and her political action committee Stand for America PAC in Charleston, S.C., by Feb. 1, these people added. All of the people who spoke with CNBC asked not to be named because Haley’s plans aren’t public and could still change.

Political consultant Mary Kate Johnson, meanwhile, has been reaching out on Haley’s behalf to major political donors in recent days to gauge their interest in joining the finance committee, two of these people added.

Haley has not formally announced a presidential bid but has strongly hinted at the possibility, recently telling Fox News she was “leaning in” to a potential 2024 White House run and that the Republicans need a candidate who can win a general election against President Joe Biden. A Haley spokesperson did not return requests for comment.

Some corporate leaders have suggested interest in supporting Haley if she runs for president.

Veteran hedge fund manager Paul Singer has donated both to Haley’s nonprofit and her PAC, according to Federal Election Commission filings and a nonprofit record obtained by Politico. Singer donated $270,000 to the nonprofit in 2019 and $5,000 to the PAC two years later, the records show. Billionaire conservative donor Miriam Adelson, the wife…