Germany to send Leopard tanks to Kyiv, allow others to do so 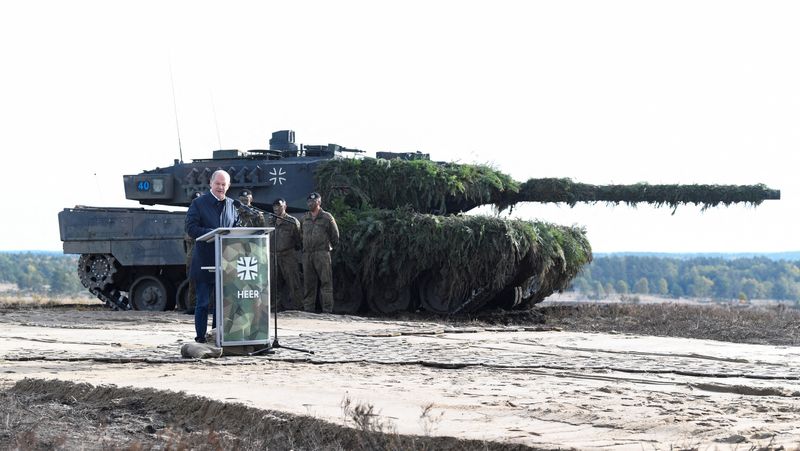 © Reuters. FILE PHOTO: German Chancellor Olaf Scholz delivers a speech in front of a Leopard 2 tank during a visit to a military base of the German army Bundeswehr in Bergen, Germany, October 17, 2022. REUTERS/Fabian Bimmer/File Photo

BERLIN (Reuters) – German Chancellor Olaf Scholz has decided to send Leopard 2 tanks to Ukraine and allow other countries such as Poland to do so while the U.S. may supply Abrams tanks, magazine Spiegel reported on Tuesday.

The decision concerns at least one company of Leopard 2 A6 tanks that will be provided out of Bundeswehr stocks, Spiegel said.

Other allies, in Scandinavia for example, intend to go along with Germany in supplying their Leopard tanks to Kyiv, the magazine reported.

In the longer term, more tanks could be restored to be fit for use, according to the magazine.