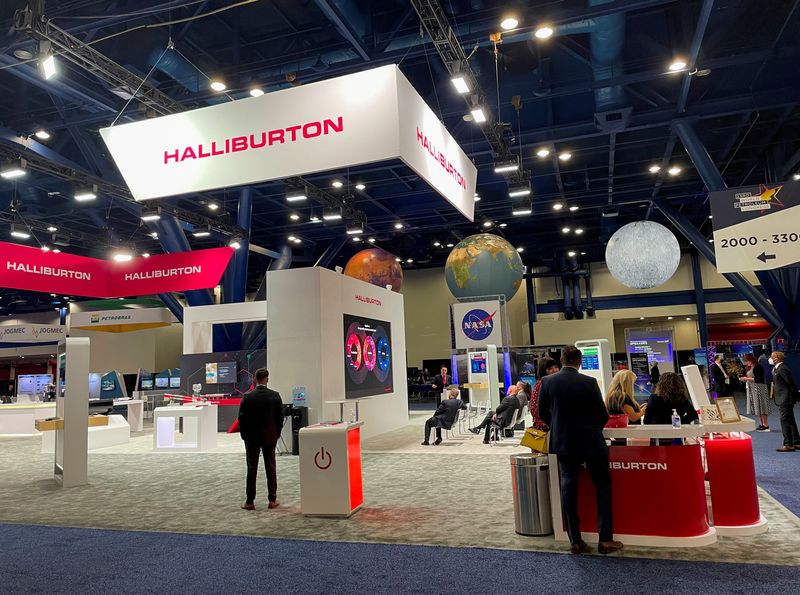 averaged $88.62 a barrel during the fourth quarter, up about 11% from a year earlier, as sanctions on large oil producer Russia for its invasion of Ukraine have upended global supply routes.

Meanwhile, average North America rig count, an early indicator of future output, for the October-December 2022 quarter rose to 965 from 720 the previous year, according to Baker Hughes data.

The Houston, Texas-based firm posted adjusted income of $656 million, or 72 cents per share, for the three months ended Dec. 31, compared with an average analyst estimate of 67 cents per share, according to Refinitiv.

Halliburton (NYSE:) also raised its first-quarter dividend by 33% to 16 cents per share.

Revenue in Halliburton’s North American division declined by 1% sequentially during the fourth quarter to $2.6 billion, driven primarily by weather-related disruptions in simulation and artificial lift.

Latin America revenue grew 12%, the largest jump across its geographical business units, to $945 million, driven by more pressure pumping in Argentina, activity in Mexico and well construction services in Colombia.

The company reported $366 million in impairments and other charges for 2022 due to the sale of its Russian business and the impairment of assets in Ukraine.

“I am confident in Halliburton’s strong outlook and ability to generate increased returns for shareholders,” Chief Executive Officer Jeff Miller said in a statement.