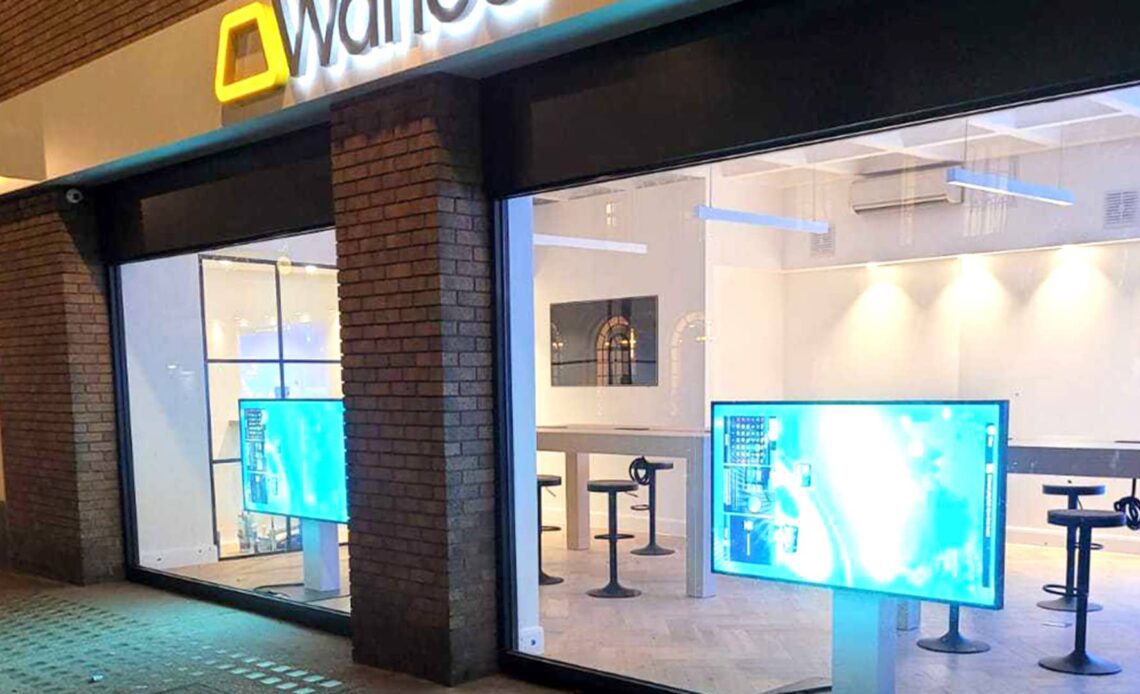 Islamic fintech startup Wahed has opened its first physical branch on Baker Street in London. The glossy retail location is designed to look like an Apple store.

An investing platform backed by the likes of oil giant Saudi Aramco and French soccer player Paul Pogba is launching a novel proposition in the U.K.: a physical branch and bank accounts backed by gold.

New York-based Wahed, which describes itself as a “halal investing platform,” has opened a branch in the U.K. in a bid to target the country’s 3.9 million Muslims with a sharia-compliant investment management and advice service.

The glossy retail location has a similar design to an Apple store, with digital displays inside and a bright sign displaying its logo outside. It is located on Baker Street in central London, just opposite a branch of U.K. banking giant HSBC.

Khabib Nurmagomedov, the Russian former professional mixed martial artist, is a promoter of the firm and will be among those attending the branch opening Tuesday.

Wahed is also debuting a debit card that lets users deposit funds with an exchange-traded commodity that tracks the price of gold, meaning they can effectively pay for everyday goods via gold.

Investors will be able to redeem the gold in their accounts for physical bars. Junaid Wahedna, CEO and Co-founder of Wahed, said it’s a way for Muslim — as well as non-Muslim — consumers to beat currency fluctuations and the rising cost of living.

“[Muslims are] an underserved community as a whole,” Wahedna said in an interview with CNBC, referring to the market opportunity for digital Islamic finance. “It’s a minority community, there’s a lack of financial literacy.”

Banking startups such as Monzo and Revolut have flourished in the U.K. without physical bank branches, offering smartphone apps that help users manage all their finances. But Wahedna cautioned that this risks leaving behind Muslim consumers.

“In the United Kingdom, [the Muslim community is] actually one of the lowest socio-economic segments of the country,” Wahed’s boss said, with “low incomes or financial literacy.”

“They have trust issues,” he added. “And so they want to see a physical presence before they trust you with money.”

Wahed’s service aims to help clients adhere to the Islamic faith’s strict doctrines on financial services: sharia law forbids its followers from charging or earning interest on loans, or investing in firms that make most of their money from the sale of things such as alcohol and gambling.