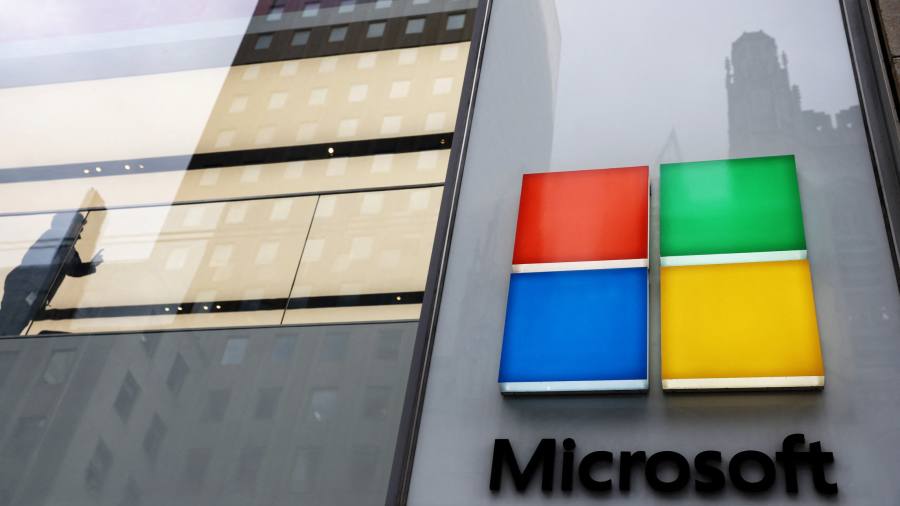 Demand for cloud services fell noticeably during December as customers grew more cautious in the face of the economic slowdown, Microsoft reported on Tuesday.

The signs of softening demand as the year ended, after what had otherwise been a surprisingly strong final quarter, led the software giant to issue a downbeat forecast for the current quarter, adding to the nervous mood on Wall Street at the start of the tech earnings season. Microsoft’s shares slipped 1 per cent in after-market trading, while Amazon, its main cloud rival, fell 2 per cent.

Chief executive Satya Nadella said customers were working to “optimise” their spending on existing contracts and that there would be a “lag” before they started to increase spending on their next cloud projects, contributing to a marked slowdown in Microsoft’s main engine of growth.

The company projected revenue would hit $50.5bn-$51.5bn in the current quarter, about $1.5bn below analysts’ forecasts at the middle of the guidance range and an increase of only 3 per cent from the year before. Wall Street had been expecting a faster rebound from the 2 per cent growth of the final months of last year, which had been seen as the low point in the cycle.

Nadella’s latest comments echoed his cautious tone from last week, when the company said it would shed 10,000 jobs, or nearly 5 per cent of its workforce. However, speaking the day after Microsoft said it was betting billions of dollars on deepening its ties with OpenAI, the maker of the ChatGPT bot, he also sounded a bullish note on a coming wave of growth from artificial intelligence. “We fundamentally believe the next platform wave will be AI,” he said.

According to the results for the final months of the year, growth in Microsoft’s cloud computing business slowed further but still did better than the software company and many analysts had predicted. Before the impact of currency swings, revenue from its Azure cloud services had risen 38 per cent in the three months to the end of the year. That was down from the 42 per cent of the preceding quarter, but still above the 37 per cent that had been expected. Including the effects of a stronger dollar, Azure revenue grew 31 per cent.

The news sent Microsoft’s shares up 4 per cent before the gain was more than wiped out when the earnings forecast was issued an hour later.