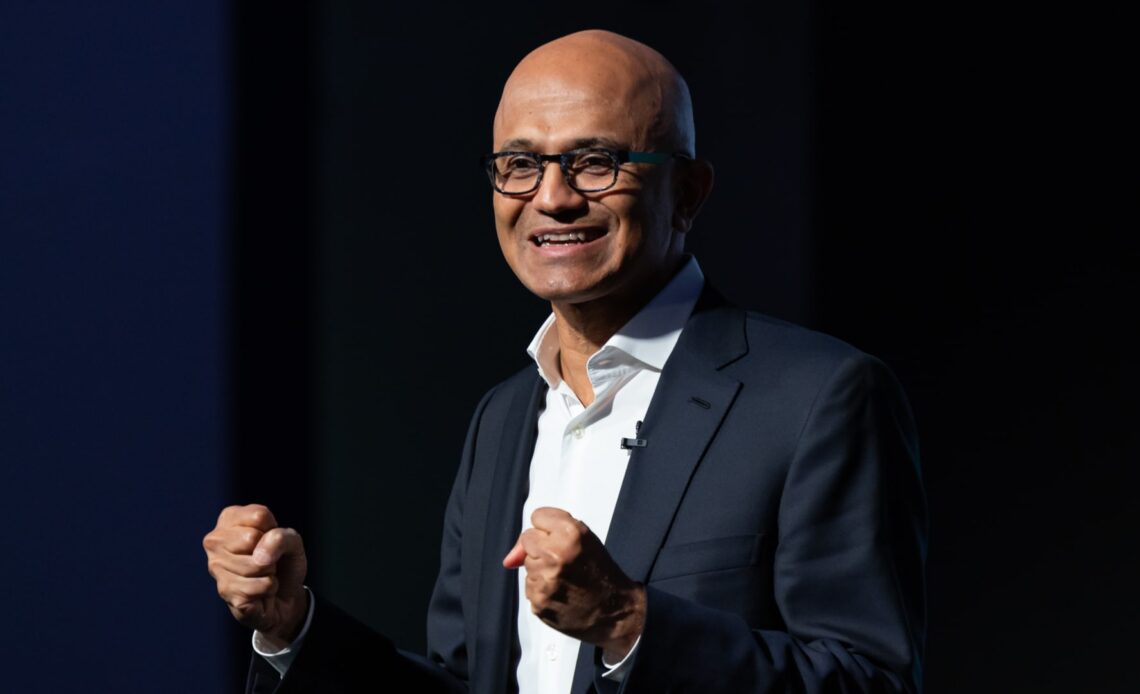 Microsoft CEO Satya Nadella speaks at the company’s Ignite Spotlight event in Seoul on Nov. 15, 2022. Nadella gave a keynote speech at an event hosted by the company’s Korean unit.

Microsoft will report fiscal second-quarter results after the close of regular trading Tuesday.

Here’s what analysts are expecting:

Sales growth is expected to come in at just 2.3% year over year, which would be the weakest expansion for Microsoft in any period since 2016.

The company faces concerns across the board. When CEO Satya Nadella announced 10,000 job cuts last week, he noted that clients in every industry around the world have taken a more cautious approach because of recession concerns.

As of Monday’s close, Microsoft shares were down 18% over the past year, slightly underperforming the Nasdaq.

The growth engine of Microsoft’s Intelligent Cloud unit is the Azure public cloud. In October, executives said the company’s engineers were busy helping customers be more efficient with their Azure infrastructure services. Last week Nadella wrote that “we’re now seeing them optimize their digital spend to do more with less.”

Analysts polled by CNBC and StreetAccount are expecting revenue growth for the Azure and other cloud services category of close to 31%. In the previous quarter, the business grew 35%.

Microsoft’s Windows business, housed inside the More Personal Computing unit, is reckoning with a pullback in the PC market. Technology industry researcher Gartner estimated that during the fourth quarter of 2022 the PC business had its slowest growth since the company started keeping track of the market in the mid-1990s.

The third unit, Productivity and Business Processes, contains the Microsoft 365 productivity suite formerly known as Office. In recent days some analysts have said they expect slower growth in seats purchased by business customers.

The decision to reduce head count “shows a commitment to margin defense despite top-line shakiness,” analysts at Raymond James wrote in a note to clients Monday. They recommend buying Microsoft shares.

Microsoft said the layoffs, along with hardware lineup changes and lease consolidation fees, will result in a $1.2 billion charge and a negative impact on earnings of 12 cents per share.

In the quarter the U.S. Federal Trade Commission sued Microsoft to block its pending $69 billion acquisition…