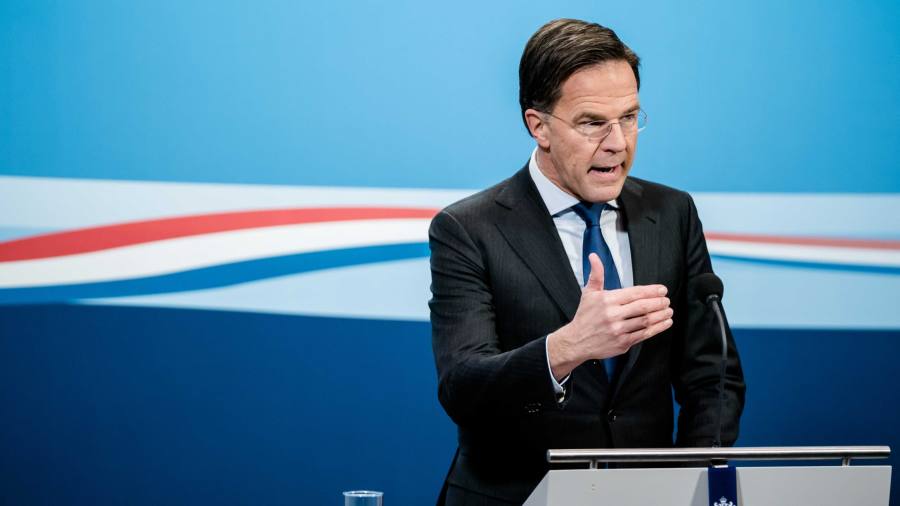 Mark Rutte said he saw no need for the bloc to raise new debt to supply grants or loans to countries seeking to invest public money in green technologies, urging member states to fully tap existing pots of EU funding instead.

Recent increases in the European Commission’s cost of borrowing added to the arguments for capitals to do their own fundraising rather than turning to Brussels, he added.

“I don’t believe we need fresh money here — I mean not grants but even not loans,” Rutte said in an interview during a visit to Brussels. “There is so much money at this moment in the system . . . I really think there is merit in trying to combine what is there already.”

The US’s $369bn Inflation Reduction Act has triggered a rush by EU member states to match the subsidies on offer as they try to prevent companies from being lured to the US. While the US and the EU have been in talks aimed at mitigating some of the effects of the legislation, European officials expect any tweaks to address only part of the problems they have with the legislation.

Ursula von der Leyen, the commission president, has proposed a range of further measures to mitigate the impact, including a temporary loosening of state aid rules restricting member states’ ability to subsidise their own green industries.

This has prompted concerns that fiscally stretched member states will not be able to offer public support that competes with the strongest economies such as Germany.

The commission is accordingly also examining ways of making it easier for capitals that have stretched public finances to tap pots of EU money and pump the funds into their green industries.

This could involve speeding up payments of existing funds or creating fresh schemes under which the commission borrows on the markets and lends the cash to capitals.

EU leaders are expecting to debate these ideas at a special summit in early February, but Rutte made it clear he will not support fresh rounds of borrowing by the commission.

He pointed out, for example, that member states have yet to fully tap loans available under the €800bn pandemic-era NextGenerationEU recovery fund. A minimum of 37 per cent of each country’s spending from that fund has to be devoted to the…