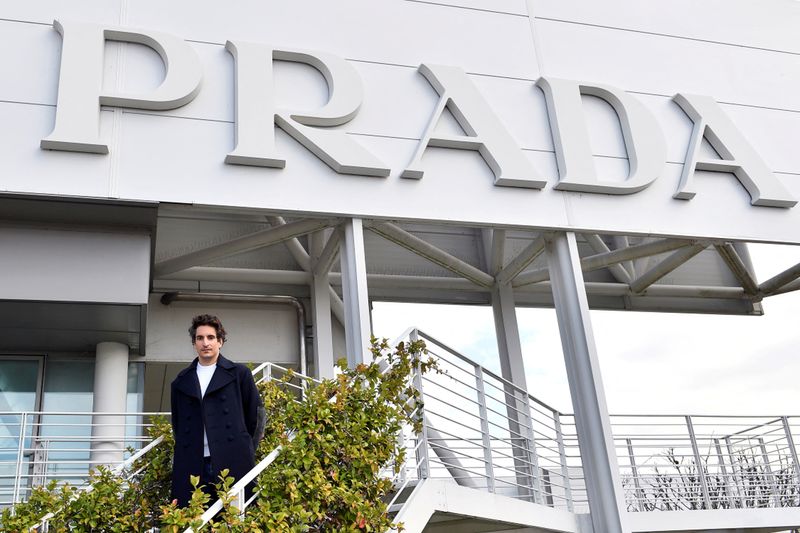 © Reuters. FILE PHOTO: Prada’s CEO-in-waiting Lorenzo Bertelli poses for a photograph at Prada’s industrial headquarters’ garden factory, ahead of an interview for the Reuters Next conference, in Valvigna Italy, November 22, 2021. Picture taken November 22, 2021. RE

“It is a soft transition path over the years, nothing traumatic, a normal transition at a particularly good moment for the group,” Bertelli said on the sidelines of an event in Venice.

Prada Group announced in December that Guerra would be recommended as the new CEO at a board meeting to be held on Jan. 26 by Prada Holding, which owns 80% of Prada group.

Current CEO Patrizio Bertelli, 76, will become chairman of the luxury company at its annual shareholder meeting in spring. Current co-CEO Miuccia Prada, 73, will remain creative director of the Miu Miu and Prada brands – the latter together with Belgian designer Raf Simons – and a board member.

The plan is for Lorenzo Bertelli, 34, to take over the leadership of the group at a future date.

Bertelli added that the group is still assessing the feasibility of a dual listing on the Milan stock exchange, to complement the one it has in Hong Kong.

“It is still under discussion and review, to understand whether it is possible to do it.. they are doing feasibility analyses,” Bertelli said.

He was speaking on the sideline of the presentation of a project to raise children’s awareness on the issues of sustainability and preserving the oceans.

Bertelli said that Chinese buyers were present at a men’s fashion show held this month in Milan, after being absent in recent years due to the restrictions related to the pandemic.