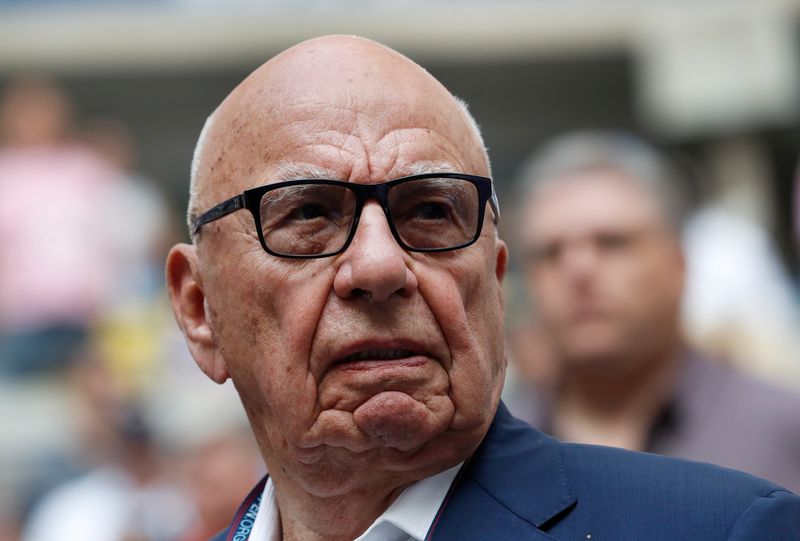 (Reuters) -Rupert Murdoch withdrew a proposal to re-unite News Corp (NASDAQ:) and Fox Corp, indicating that he and his son Lachlan Murdoch, Fox Corp’s head, determined that a combination of the companies was “not optimal” for shareholders, according to a regulatory filing on Tuesday.

The deal would have reunited the media empire Murdoch split nearly a decade ago.

No offer was exchanged between News Corp and Fox Corp before merger deliberations were abandoned, according to sources familiar with the process, who said pushback from News Corp shareholders played a role in those plans being scrapped.

Murdoch proposed reuniting his media empire last fall, arguing that together the publishing and entertainment companies he split apart in 2013 would give the combined company greater scale in news, live sports and information, sources said.

Several people close to the Murdochs viewed the effort to reunite the media companies as driven by the 91-year-old Murdoch’s succession planning to consolidate power behind Lachlan, a notion the company described as “absurd” in November.

Some of News Corp’s larger shareholders, including Independent Franchise Partners and T. Rowe Price balked at the idea.

In a letter to News Corp employees on Tuesday, News Corp Chief Executive Robert Thomson said, “In my note to you in October, I said the Special Committee assessment would have no impact on our current operations; that was indeed the case, and remains so following today’s announcement.”