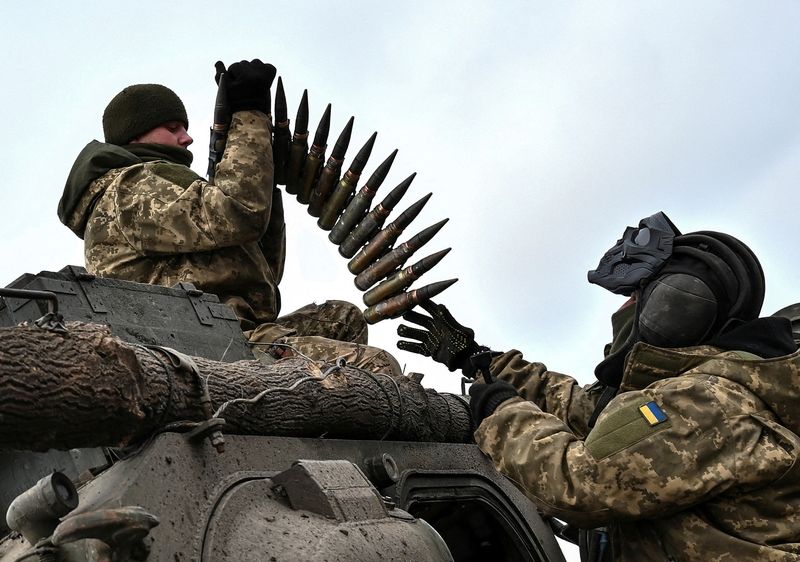 GENEVA (Reuters) – A Swiss parliamentary body proposed on Tuesday waiving a re-export ban that prevents ammunition it manufactures from being re-exported from another country to Ukraine.

The recommendation passed with 14 in favour and 11 against and will require later approval from parliament.

“The majority of the commission deems that Switzerland should make a contribution to European security, which includes providing more aid to Ukraine,” a Swiss parliamentary committee said in a press release late on Tuesday.

Switzerland has previously rejected appeals from Germany to allow it to re-export Swiss-made ammunition to Ukraine, saying such a move would violate its neutrality. But pressure has been rising for Bern to review its policies, including at the World Economic Forum it hosted in Davos last week.

The committee added in the statement that its proposals did not violate Swiss neutrality rules since the arms would go via another country and not directly to a conflict zone.