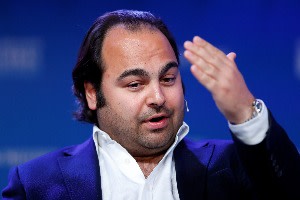 Truphone has been sold to a pair of European businessmen for £1, taking the small British telecoms company out of the limbo it had faced since Russian oligarch Roman Abramovich had sanctions imposed on him by the UK government last March.

German businessman Hakan Koç and former telecoms executive Pyrros Koussios purchased the London-headquartered group on Tuesday following a lengthy government probe into the national security implications of the deal and after one of the company’s founders sought to gazump the offer using $250mn worth of shares in a special purpose acquisition vehicle.

The two investors received national security clearance from the secretary of state for business, energy and industrial strategy last month, and a licence from the Office of Financial Sanctions Implementation at the Treasury, which is responsible for overseeing frozen assets, last week.

“It’s very relieving, we can finally get to work,” said Koç in an interview with the Financial Times. “It has been very burdensome for the employees, not knowing the direction of the company. Our customers have been very loyal [and] now we can finally tell them it’s done.”

The months of uncertainty and the fate of 446 employees illuminate the complexity involved in offloading assets belonging to individuals under sanctions, especially those in sectors viewed as critical to the UK’s national security.

In May, the government approved the sale of Chelsea Football Club, also owned by Abramovich, to a US consortium spearheaded by US financier Todd Boehly.

Truphone — which sells embedded Sim cards used by Apple and several major mobile network operators — was valued at £410mn in 2020 and has received more than £300mn in investment from Abramovich and his two Russian business partners, petrochemicals tycoons Alexander Abramov and Alexander Frolov.

The group, which has recorded 15 consecutive years of losses, including £16mn in 2020, also sells contracts to corporate customers including banks that want a secure network and to avoid roaming charges.

The future of the company was thrown into doubt after Abramovich, who owned a 23 per cent stake in the company, had sanctions imposed by UK and European authorities. In November OFSI became involved in the sale process after the company’s other major owners, Abramov and Frolov, were added to the UK’s sanctions list for their “involvement in…