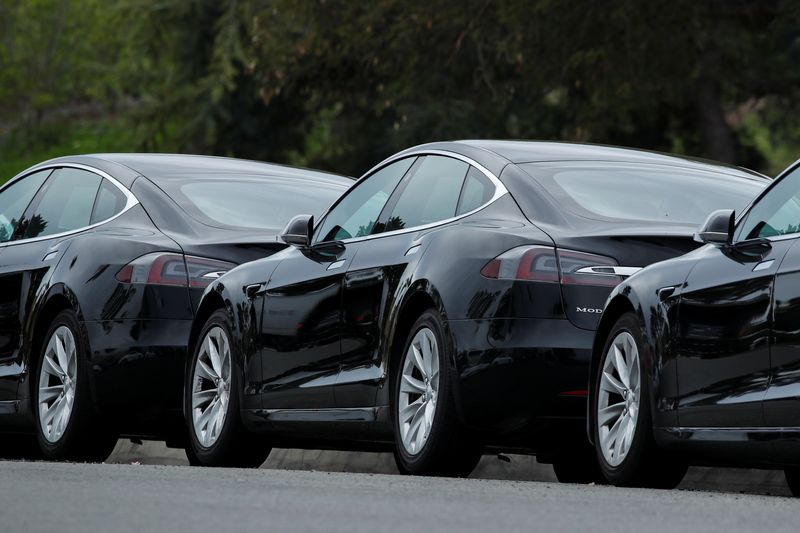 (Reuters) – Tesla (NASDAQ:) Inc on Wednesday is expected to report the slowest sales growth in 10 quarters on underwhelming deliveries, days after its move to stir demand and choke competition by slashing prices on its electric cars.

The company’s margins will be hit though as Tesla looks to squash competition from traditional automakers such as Ford Motor (NYSE:) Co and unprofitable startups including Rivian Automotive Inc and Lucid Group Inc.

Net profit is set to increase at its slowest rate in three years, according to Refinitiv estimates.

“I’m curious to see how those two (production cost and average selling price) offset each other in the fourth quarter because that will be an excellent directional indicator for what we can expect in 2023,” Morningstar analyst Seth Goldstein said.

Tesla has been ramping up output at two of its mega factories in Berlin and Austin, which analysts believe will help lower the cost of production and offset some of the hit it has taken from discounting.

Billionaire Elon Musk-led Tesla has offered hefty discounts on its vehicles in recent months and earlier this month cut prices globally by as much as 20%.

There are some early signs that the price cuts are working, with Chinese EV makers XPeng and Seres slashing prices of their EVs in response and data showing a surge in Tesla’s China sales.

There was also an uptick in U.S. orders for Tesla vehicles in December after the company rolled out the cuts, according to YipitData.