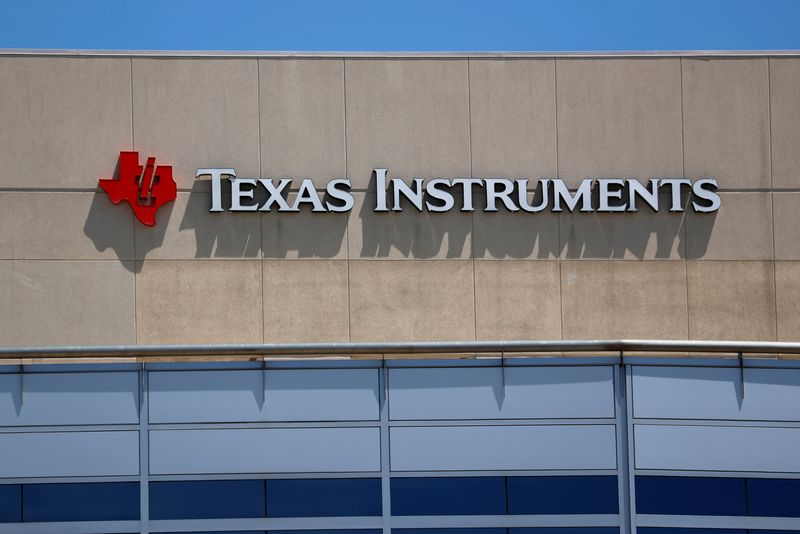 The consumer electronics segment had taken the first hit when red-hot inflation drove people to abandon discretionary spending on smartphones and PCs, but TI in October warned that most of its end-markets were starting to feel the pinch.

GRAPHIC: 2022 was worst year for chip stocks since 2008 crisis (https://www.reuters.com/graphics/TEXASINSTRUMENT-RESULTS/jnvwywdxqvw/chart.png)

The chip industry bellwether’s dour outlook was also echoed by peers such as Intel Corp (NASDAQ:) and Micron Technology (NASDAQ:).

The automotive market was the only exception to weak demand, TI Chief Executive Rich Templeton, who will step down in April, said on Tuesday.

“We believe this order moderation is a result of the easing supply chain.”

China lifting its COVID restrictions is also expected to help TI catch up to demand in undersupplied industries. TI’s revenue fell 3% to $4.67 billion, but beat analysts’ average estimate of $4.62 billion, according to Refinitiv data.

The company expects revenue of $4.17 billion to $4.53 billion in the first quarter, the mid-point of which is lower than estimates of $4.41 billion.

TI has also been expanding its production capacity to cater to long-term semiconductor demand, a move that is likely to affect its profit margin and free cash flow in the near term.

It expects current-quarter earnings per share between $1.64 and $1.90, the mid-point of which also fell short of expectations.