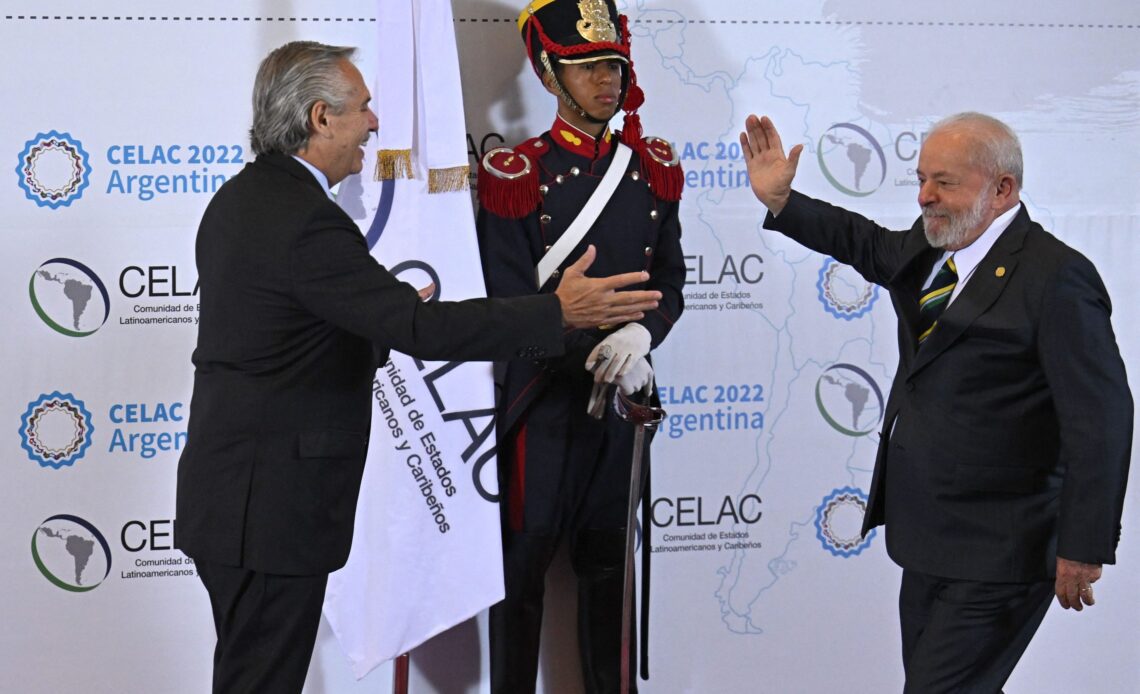 The second-largest currency bloc in the world began taking shape in South America this week, and the world’s foremost economic minds are baffled.

Brazil’s and Argentina’s presidents confirmed their plan to create a common currency provisionally called the “sur” in a joint op-ed published in Argentinean newspaper Perfil last Saturday. Brazil’s newly inaugurated President Luiz Inácio Lula da Silva arrived in Buenos Aires Monday for a summit with his Argentinean counterpart President Alberto Fernández, where the two will discuss strengthening trade ties as well as plan the new currency bloc, which other Latin American countries are being invited to join.

“We decided to advance discussions on a common South American currency that can be used for both financial and commercial flows,” the two leaders wrote in their op-ed, adding that a common currency would shield both countries against external forces and vulnerabilities. On Monday, Brazil President Lula told reporters the common currency would help reduce the region’s reliance on the U.S. dollar by facilitating trade.

The project will likely take time to implement, Argentina economy minister Sergio Massa told the Financial Times Saturday, comparing its rollout to the 35 years it took European countries to introduce the euro, the world’s largest currency bloc. But based on their early reactions, many high-profile economists are doubting whether a Latin American currency will ever actually come to fruition, while some argue the idea is misguided from the start.

“I’m surprised by idea of a common currency for Brazil & Argentina,” former U.S. Treasury Secretary Larry Summers wrote on Twitter Monday, adding that the plan was “highly problematic” given the economic differences and lack of political alignment between Brazil and Argentina, shared run-ins with populist political movements, and issues with fixed exchange rates.

“This is insane,” Olivier Blanchard, a French economist and former chief economist for the International Monetary Fund, wrote on Twitter Sunday, while José De Gregorio, a Chilean economist and the country’s former minister for the economy and governor of its central bank, called the idea a “total waste of…