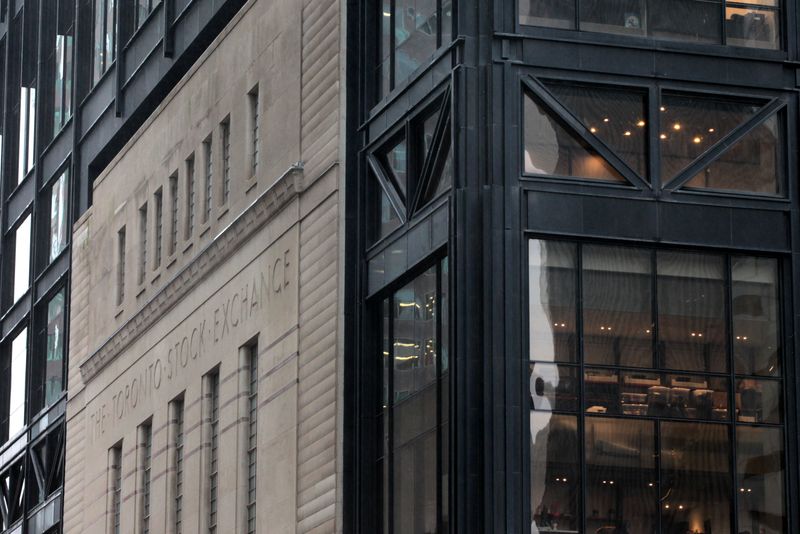 (Reuters) – Futures for Canada’s main stock index edged lower on Tuesday, as investors stood on the sidelines and awaited key U.S. business activity data to gauge the impact of the Federal Reserve’s aggressive monetary policy on the world’s largest economy.

Investor focus will be on U.S. business activity data due at 0945 am ET.

Meanwhile, another interest rate hike by the Bank of Canada (BoC) is looming large, with traders leaning towards a 25-basis-point hike on Wednesday.

The BoC had hiked its overnight lending rate all through 2022, with the current rate sitting at an over 16-year high.

In its previous decision in December, the central bank had signaled that its unprecedented tightening campaign was nearing an end.

The benchmark Canadian index rose to its highest closing level in more than seven months on Monday, as tech companies tracked their Wall Street peers higher.

Commodity prices, which tend to influence the resources-heavy TSX, were steady on Tuesday.

prices edged up as concerns about a global economic slowdown and expected build in U.S. oil inventories were offset by hopes of a fuel demand recovery from top importer China. [O/R]

Metals were a mixed bag, with prices sliding while gold prices were on the rise. [GOL/] [MET/L]

Materials and energy companies combined have a weightage of about 31% on the main index.

On the earnings front, investors will look out for quarterly results from Metro Inc and Blackline Safety Corp before the markets open.