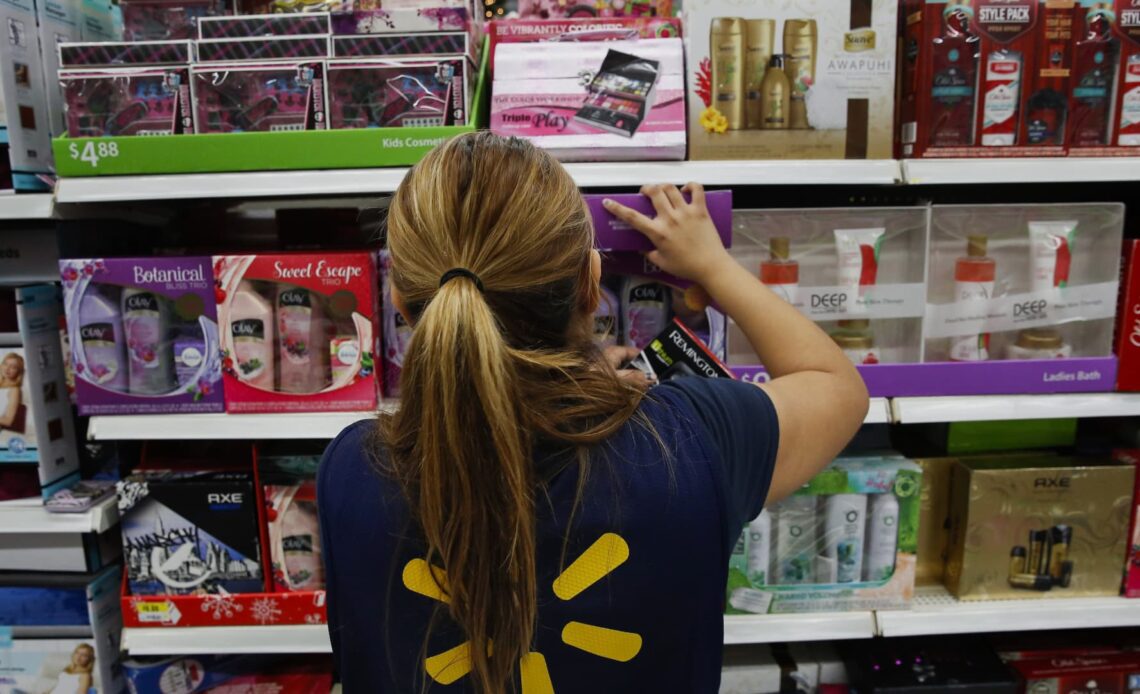 Walmart said Tuesday it is raising its minimum wage for store employees to $14 an hour, representing a roughly 17% jump for the workers who stock shelves and cater to customers.

Starting in early March, store employees will make between $14 and $19 an hour. They currently earn between $12 and $18 an hour, according to Walmart spokeswoman Anne Hatfield.

With the move, the retailer’s U.S. average hourly wage is expected to be more than $17.50, Walmart U.S. CEO John Furner said in an employeewide memo Tuesday. That’s an increase from an average of $17 an hour.

About 340,000 store employees will get a raise because of the move, Hatfield said. That amounts to a pay increase for roughly 21% of Walmart’s 1.6 million employees.

The retail giant, which is the country’s largest private employer, is hiking pay at an interesting moment. Weaker retail sales trends have prompted companies, including Macy’s and Lululemon, to recently warn investors about a tougher year ahead. Some economists are calling for a recession amid persistent inflation and shifting consumer habits.

Prominent tech companies, media organizations and banks, including Google, Amazon and Goldman Sachs, have laid off thousands of employees and set off alarm bells. Still, the jobs market has remained strong. Nonfarm payroll growth slowed slightly in December, but was better than expected. And the number of Americans filing new claims for unemployment benefits fell last week.

So far, retailers have largely avoided job cuts. Instead, they continue to grapple with a tight labor market.

Retail, compared with other industries, tends to have higher churn than other industries — which allows employers to manage their head count by slowing the backfilling of jobs, said Gregory Daco, chief economist at EY Parthenon, the global strategy consulting arm of Ernst & Young.

Yet he said retailers may also be planning cautiously. For the past 18 months, they have had to work harder to recruit and retain workers. If they lose too many employees, he said, hiring and training new employees can be costly.

“Any retailer is going to have to think carefully and think twice about laying off a good share of their workforce,” he said.

In Walmart’s employee memo, Furner said the wage hike will be part of many employees’ annual increases. Some of those pay increases…