ChatGPT jailbreak forces it to break its own rules

What I learnt in my days on the mountain in Davos 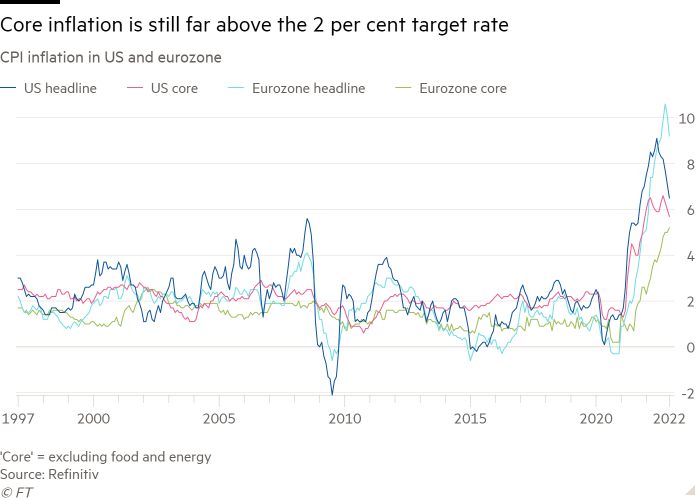 One always learns something from the World Economic Forum. At the very least, one learns what rich and powerful people think is happening. They may be wrong: indeed, they often are. The world is, as we have recently been reminded, full of surprises. But here are my reactions.

The business people are feeling more cheerful. Yes, they are still suffering from the legacies of Covid, the inflationary post-pandemic reopening and Russia’s assault on Ukraine. They are still threatened by the hostility between the US and China. But the news has been more positive: Ukraine has been doing better in its fight for survival; the lunatics fared worse than expected in the US midterm elections; gas prices have tumbled; headline inflation may have peaked; recession worries have lifted; and China has reopened.

With that background, let us consider some of the more important topics, starting with the economic outlook.

The general mood on the economy in the high-income countries is one of greater optimism about the near-term future. Yet these optimists may be getting ahead of themselves. The growth of US nominal GDP has been far too fast to be consistent with inflation at 2 per cent. US wages have also grown at close to 5 per cent, over the past year, while unemployment remains low. None of this is consistent with hitting the inflation target on a sustained basis. If one takes the Fed seriously (I do), this implies tighter monetary policy and a weaker economy than many expect. Alternatively, the Fed may give up too soon, only to be forced to tighten again a year or two later. As for the ECB, it is a good bet that it will seek to get inflation back to 2 per cent as soon as possible.

The mood in many developing countries is anxious, however. The legacy of Covid, high food and energy prices, high interest rates and a strong dollar have put many low and lower middle income countries into serious difficulties. The worries of some policymakers, especially those from Africa, were palpable.

The stories coming out of China and India, the world’s giant emerging economies, were rather different. Liu He, the outgoing vice-premier, came to tell participants that China is not just open again, at home and abroad, but is also embracing its private sector. A western businessman I know well, long resident in China, confirmed the shift. A plausible explanation is that Xi Jinping has decided that growth matters. This year, it will clearly be strong. Whether the new approach will be sustained…