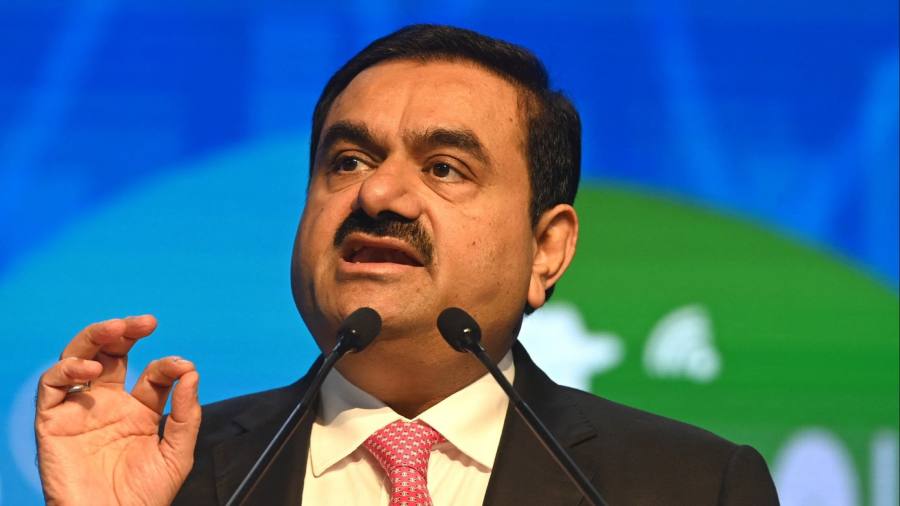 Shares in seven listed Adani Group companies fell more than 5 per cent on average, with those in flagship business Adani Enterprises closing 1.5 per cent lower. Those falls brought the combined loss in market capitalisation for Adani Group stocks to about Rs875bn ($10.8bn).

Adani’s businesses are expanding rapidly. The self-made tycoon started as a commodity trader in the 1980s before ultimately building India’s largest private infrastructure group with about a dozen ports and eight airports. The group has multiple subsidiaries spanning sectors including data and defence.

The report comes as Adani — whose net worth of roughly $118bn ranks him as Asia’s richest person, according to Bloomberg — pushes forward with a fundraising to fuel the rapid expansion of his existing industrial and fossil fuel outfits as well as green energy businesses.

In the report, Hindenburg alleges that Adani Group has engaged in stock price manipulation and accounting fraud over the course of decades, and presents a list of 88 questions related to those allegations which “we hope the Adani Group will be pleased to answer”.

Jugeshinder Singh, chief financial officer of Adani Group, said the conglomerate was “shocked” by the Hindenburg report, describing it as “a malicious combination of selective misinformation and stale, baseless and discredited allegations”.

Singh said the timing of the report, coming days ahead of a share offer by Adani Enterprises, was intended to “undermine the Adani Group’s reputation” and damage demand for the upcoming offering. He added that the group “has always been in compliance with all laws”.

The report from Hindenburg, published on Wednesday morning ahead of the market opening in Mumbai, asserts that “even if you ignore the findings of our investigation . . . [Adani Group’s] key listed companies have 85 per cent downside purely on a fundamental basis owing to sky-high valuations”.

Hindenburg said it had taken a short position on Adani Group companies “through US-traded bonds and non-Indian-traded derivative instruments”.

The billionaire businessman has maintained that his companies’ valuations are justified.

Adani announced plans last year to increase the amount of…