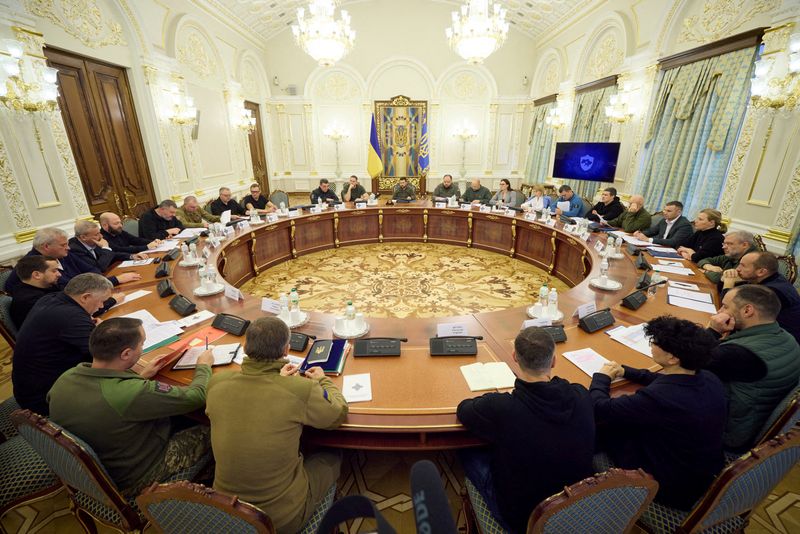 By Dan Peleschuk and Max Hunder

The abrupt exit of more than a dozen officials in recent days followed a series of scandals and graft allegations, including one involving the Defence Ministry that had sparked a public outcry despite being denied.

Ukraine’s long-running struggle with graft has taken on added significance as Kyiv battles for survival while also pursuing a bid to join the European Union.

Russia’s invasion has made the country more reliant than ever on Western support, particularly in the form of military aid, and the international community has made clear it wants to see Ukrainian governance improve.

“Simply put, a warning was needed, a kick … to sober up officials so that they don’t behave in a way that’s unacceptable in wartime,” said political analyst Volodymyr Fesenko.

The clear-out, which continued on Wednesday with the exit of five regional prosecutors, included outgoing officials tainted with past graft allegations and others whose ouster was unrelated, Fesenko added.

Among the most high-profile cases was that of a deputy defence minister who resigned following a report, which he denied, that his ministry paid inflated prices to feed troops.

A presidential adviser who had been called out by local media for driving flashy cars also quit, as did a senior prosecutor who local media reported had gone on holiday to Marbella in Spain, flouting martial law.

“This is simultaneously an intensification of the fight against corruption and a reaction from the president … to critical articles in the media,” Fesenko said.

Commenting on the shakeup in his nightly address on Tuesday, Zelenskiy said it was “necessary for our protection” and that “it helps our rapprochement with European institutions.

“We need a strong state, and Ukraine will be just that,” he said.

A slowdown in fighting on the front despite a major Russian push around the eastern towns of Soledar and Bakhmut, thanks in part to bad winter weather,…