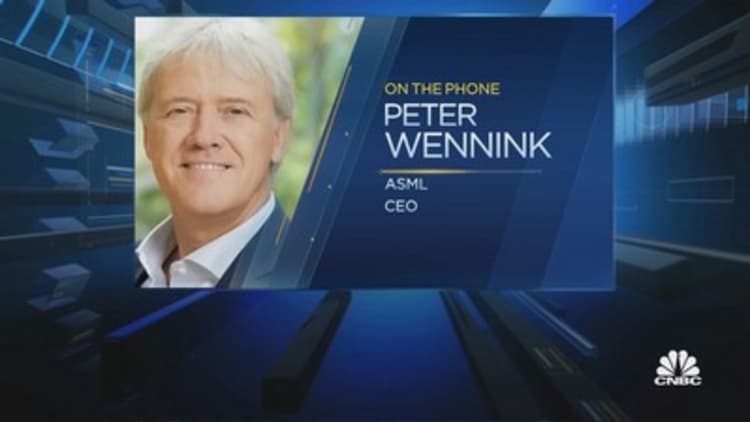 Dutch chip equipment maker ASML forecast a jump in 2023 revenue as the semiconductor industry predicts there will be a reacceleration of growth in the second half of this year.

“When we look at the state of the industry today, we are not insulated from … recessionary fears or high inflation or high interest rates, that’s also clear. And then we see the effect of this in the business of our customers,” ASML CEO Peter Wennink told CNBC.

ASML’s machines are purchased by companies such as Intel and TSMC, which actually manufacture the chips that go into end products such as laptops or smartphones. Wennink said that there has been rising inventories of chips related to consumer products as demand for such electronics is “not very good.”

But he said that ASML’s customers believe this will be “short-lived” and are therefore not canceling orders.

“Most of our customers tell us that they expect a recovery in the second half of this year,” Wennink said.

“If you then take into consideration that the average lead time of our tools is … let’s say a year-and-a-half-to-two years and when you look at the relatively short expectations … of a potential recession, then customers are of course not canceling any orders — because they could find themselves in the back of the queue when this thing turns up again.”

Companies like TSMC and Intel have been ramping up their capacity globally, particularly as the U.S. and Europe attempt to bring chip manufacturing closer to home. TSMC is set to open two semiconductor plants in Arizona, for example.

This month, Mark Rutte, prime minister of the Netherlands, traveled to Washington to meet with U.S. President Joe Biden. At this point, it is unclear if the U.S. is pushing…