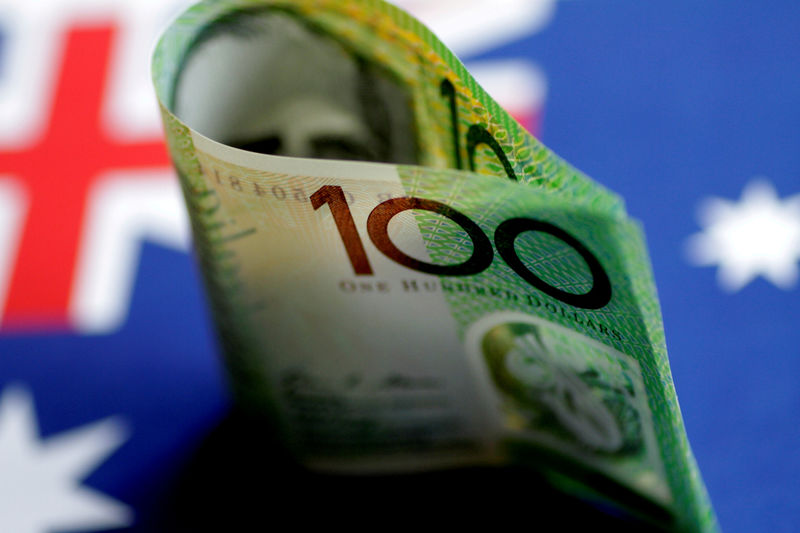 Investing.com — The Australian dollar rallied to a five-month high on Wednesday after fourth-quarter consumer inflation read higher than expected, while most Asian currencies moved little as fears of a global recession offset optimism over a potential economic recovery in China.

The jumped nearly 1% to 0.7115 against the dollar, its strongest level in over five months. Data showed that Australian rose more than expected in the December quarter, likely heralding more interest rate hikes by the Reserve Bank.

While high inflation and rising interest rates are likely to also dent the Australian economy, higher borrowing costs also make the Australian dollar appear more attractive. The had hiked rates by a cumulative 400 basis points in 2022 to curb inflation and had also defended the currency against further depreciation to the greenback.

ING said in a note that the Reserve Bank of Australia will have to raise rates by at least another 50 basis points in the coming months to curb rising price pressures – a scenario that favors the Australian dollar.

The jumped 0.4% to a near five-year high after data showed that grew more than expected in December. The trend is also expected to invite more tightening measures by the Monetary Authority of Singapore.

Broader Asian currencies retreated amid increased concerns over a U.S. recession, after overnight data showed manufacturing activity shrank for a seventh straight month. But the dollar saw little safe haven demand, with the and moving little in Asian trade.

Expectations that will rise at a slower pace saw investors pivot into as their preferred safe haven, while the Japanese yen also benefited in recent sessions. But most risk-driven Asian currencies saw scant bids, amid fears that slowing economic growth could dry up capital flows to the region.

Fears of a recession largely offset optimism over a potential Chinese economic recovery. Traders are betting that the economy will be boosted by the Lunar New Year holiday, especially after it relaxed most anti-COVID restrictions and reopened its borders earlier this year.