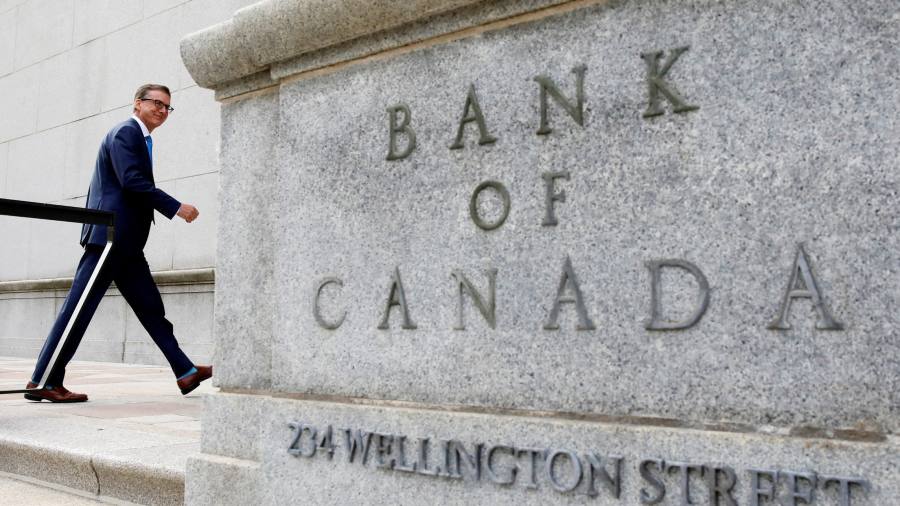 Canada’s central bank has raised interest rates to their highest level since 2007 and signalled a likely pause in its tightening cycle after it said it saw signs that the economy had cooled down.

The Bank of Canada on Wednesday lifted its overnight rate 0.25 percentage points to 4.5 per cent, marking the eighth consecutive meeting at which it has raised benchmark borrowing costs. In January last year, interest rates were 0.25 per cent, where they had been since the start of the pandemic in March 2020.

The BoC was the first central bank in a G10 economy to hint it was ready to pause its tightening cycle, noting in December that there had been a slowdown in domestic demand. Members of the US Federal Reserve and the European Central Bank have indicated they will “stay the course” and continue to raise rates in an effort to tamp inflation.

“Economic growth has been stronger than expected and the economy remains in excess demand . . . However, there is growing evidence that restrictive monetary policy is slowing activity, especially household spending,” the BoC, led by governor Tiff Macklem, said in a statement on Wednesday. “[The] governing council expects to hold the policy rate at its current level while it assesses the impact of the cumulative interest rate increases.”

“The pause signal was a bit more dovish than anticipated,” Bank of Montreal economist Benjamin Reitzes wrote after the decision. “While they haven’t shut the door on more hikes, the bar is quite high. It looks like March is off the table barring some wild data. April will be more definitive as we’ll have a few employment and CPI reports by then.”

Inflationary pressures have eased in Canada since its consumer price index hit a 39-year high of 8.1 per cent in June. In December, the country’s headline inflation rate fell to 6.3 per cent, down from a 6.8 per cent annual pace in November. The price of petrol and durable goods have fallen, while grocery costs continue to increase.

“Inflation is projected to come down significantly this year,” the BoC said. “Lower energy prices, improvements in global supply conditions, and the effects of higher interest rates on…