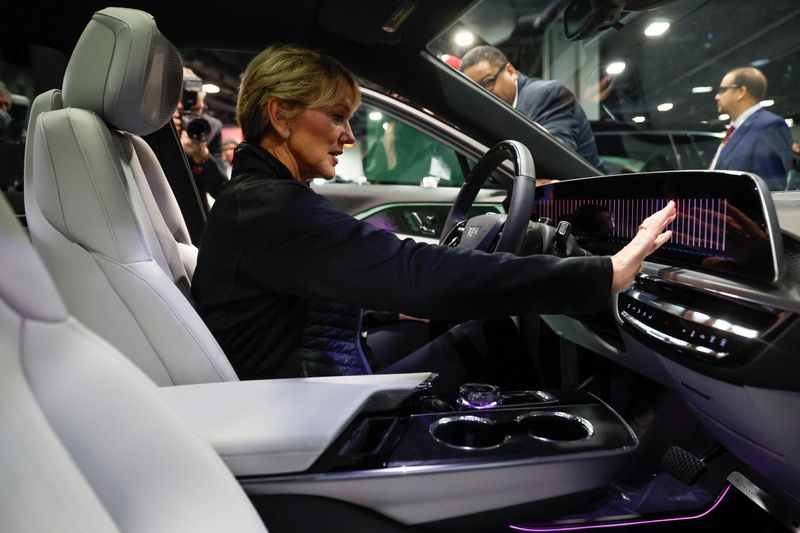 The pair also sat and walked around other EVs produced by Toyota Nissan (OTC:), Subaru (OTC:), Hyundai and others.

They also highlighted that since President Joe Biden took office, companies have announced nearly $130 billion in U.S. EV investment including $56 billion in EV manufacturing and $72 billion in battery production.

Part of that shift to U.S. production is because new restrictions on EV tax credits are prodding automakers and battery makers to rethink production plans.

“We’re going to see more and more parts of the economy align around this ambition,” Zaidi said.

Congress has approved billions of dollars in new incentives, low-cost loans and other funding for EV production and $5 billion for charging stations.

The administration has come under criticism from some automakers and foreign governments for restricting credits to North American-made EVs and imposing new battery sourcing rules.

Some consumers are still confused about whether they will qualify for EV credits.

President Joe Biden has set a goal for 50% of U.S. auto production by 2030 to be electric or plug-in electric hybrid vehicles but has not joined California and others in calling for phasing out the sale of new gas vehicles by 2035.