BofA sees 24% upside to Papa John’s as pizza returns to growth By Investing.com 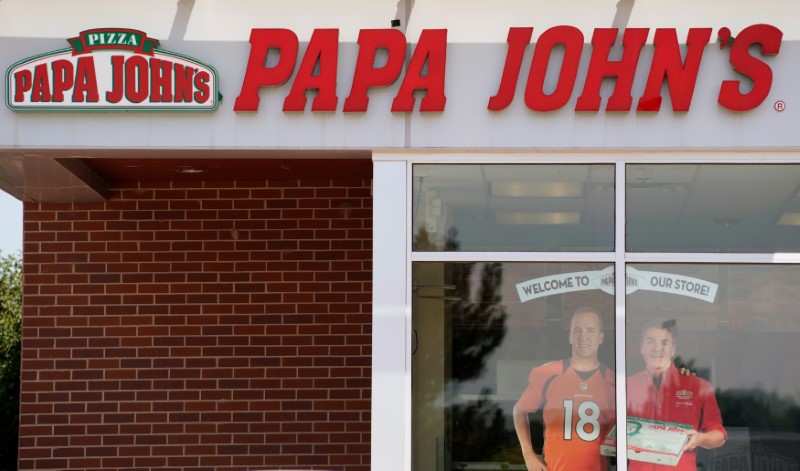 BofA initiated coverage of Papa John’s International Inc (NASDAQ:) with a Buy rating and $103 price target on Wednesday, representing a potential 24% upside in the stock.

Analysts there told investors that pizza normalization has passed and is returning to growth. They explained in a research note to clients that the firm believes that demand for pizza has been “fundamentally unchanged by aggregators (we believe delivery orders replace meals in the same restaurant/cuisine or at-home prep).”

Instead, they see softer pizza comps as reflecting a normalization of demand after two years of above-trend growth. However, BofA states that now mostly past that normalization, they expect Papa John’s comps to “return to a steady state in the low- to mid-single-digit range.”

“PZZA is less penetrated in some of the most populous MSAs, suggesting room for continued development,” writes the analysts. “Internationally, assuming consumption levels relative to GDP reach rates set in the most seasoned markets (the UK and Chile, respectively, PZZA could add over 1,300+ stores in its top-4 developed markets outside the US and over 2000 stores in its top-5 emerging markets (versus its current system of 5,859).”

The analysts went on to explain that Papa John’s relative valuation of 1.4x sits modestly below its 5-year and 10-yr averages of 1.5x, reflecting concerns about the secular outlook for the pizza category. However, given BofA’s view that the category remains attractive, they are ahead of consensus on EPS.