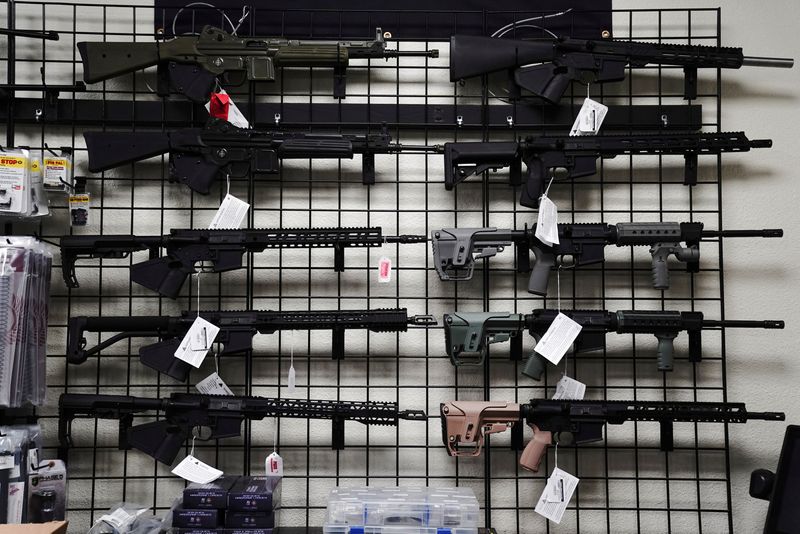 By Joseph Ax and Jonathan Allen

(Reuters) – In a span of less than 72 hours, a massacre at a Monterey Park dance studio and a killing spree at two farms in Half Moon Bay left California in anguish. One man carried out his attack with a gun banned by the state, while the other used a gun he legally owned, police said.

The twin shootings, which left 18 people dead, once again drew attention to the patchwork of laws, court rulings and workarounds that have made the United States the gun capital of the world. Even in California, a state with some of the country’s strictest gun laws, the limits can be sidestepped.

The prospects for new federal gun laws are dim.

Efforts to institute more sweeping limits such as universal background checks and banning high-capacity magazines have repeatedly failed to overcome opposition from Republicans, who say such measures will not deter criminals while infringing upon the rights of law-abiding gun owners.

Any new federal law would also have to survive legal challenges at the U.S. Supreme Court, whose conservative majority expanded gun rights in a landmark ruling last June that established carrying a weapon in public as a basic right.

Gun control groups such as Giffords and Everytown for Gun Safety say they are taking the long view while also pursuing non-legislative avenues, including increasing public pressure on the gun industry to prioritize safety.

Everytown has partnered with mayors in 31 cities to release data tracking the manufacturers of guns recovered in crimes, part of a campaign to convince the public that gun…