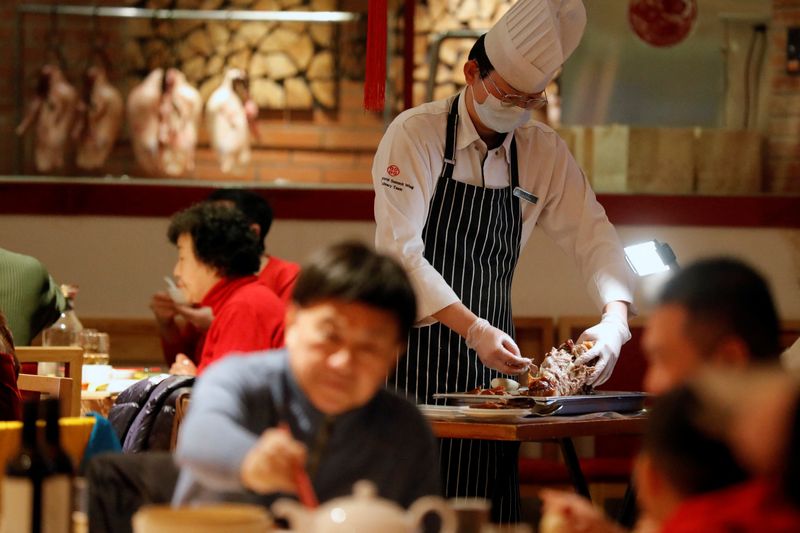 Investing.com – A stronger economy in China is often a key ingredient for global growth. But as China prepares to flex its economic muscles following several years of slumber under Covid duress, some are warning that this time is different.

As China reopens for business, the “positive spillover to the rest of the world will not be on par with history, as global aggregate demand is slowing down as a result of widespread monetary tightening,” Morgan Stanley said in a note on Wednesday, estimating global economic growth to slow to 2.6% this year from an expected 3.0% in 2022.

It isn’t puzzling to see why China, the world’s second largest economy, has a heavy hand in the global economy. Accounting for a nearly fifth of global growth last year, China boasts a stake that is well ahead of its closest rivals. The U.S. made up about 13.5% of global growth last year, India 9.3%, and Japan just 3.4%, according to data from the World Economics Research, London.

History shows that when China enjoys an acceleration in economic growth, imports from the rest of the world and global trade gather pace, underpinning the global economy.

But this time is different. And it has COVID’s fingerprints all over it.

Several years of harsh Covid lockdowns and restrictions under Beijing’s “zero COVID” policy, forced many Chinese to stay home and sock away rather than spend their extra income, ushering in record savings growth.

Armed with a wave of cash, Chinese consumers are expected loosen their purse strings and spend lavishly on services that were shuttered during the pandemic era. The coming services-led rather than goods-led acceleration in growth will likely skew growth in China inward rather than outward. This isn’t good news for those pinning their hopes on a China-infused boost to global growth.

“Our China team now sees an earlier and stronger growth recovery lifting 2023 GDP growth to 5.7%, {Morgan Stanley said, though added that as “services are less tradable than goods, we should expect a lower beta on global trade.”

The tightening of monetary policy by global central banks — that is weighing on the world economy — will also curb the positive boost, albeit limited, from a recovery in China.

Pointing to “one of the most aggressive…