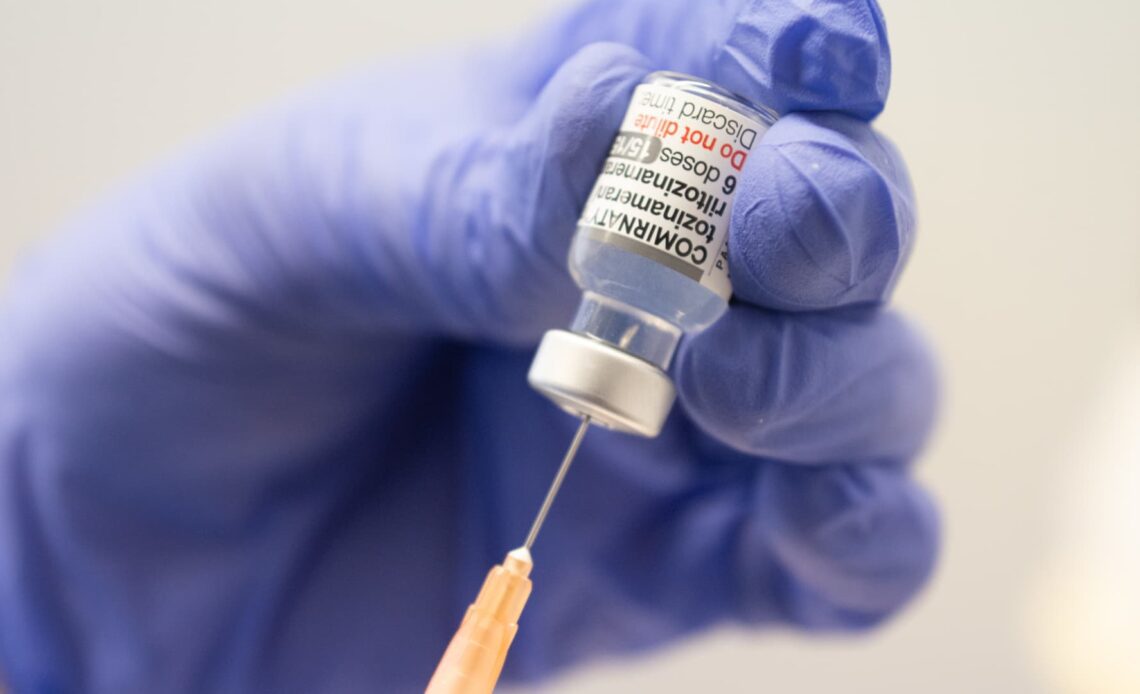 Pfizer‘s and Moderna‘s omicron boosters reduced the risk of mild illness from the XBB family of subvariants compared to people who did not receive the shot, according to a study from the Centers for Disease Control and Prevention published Wednesday.

The CDC study provides the first estimate of the omicron shots’ real-world effectiveness against the XBB family of subvariants. Some scientists have warned the XBB subvariants could cause another Covid wave because they are so good at evading the antibodies that block infections.

For people ages 18 to 49, the omicron booster reduced the risk of mild illness from XBB subvariants by about 48% two to three months after receiving the shot. The shots provided 38% protection against mild illness for those ages 50 to 64 and 42% for people ages 65 and older, according to the study.

CDC officials, in a call with reporters Wednesday, said the study results are reassuring because people who received the boosters had more protection than those did not. Protection against severe illness should be higher though that data isn’t available yet, they said.

“It cuts your risk of symptomatic infection in about half at the population level,” Dr. Ruth Link-Gelles, a CDC official and author on the study, said of the 18 to 49 age group.

“What we know from past experience is generally that the vaccines protect better against more severe disease,” Link-Gelles said. “So these are estimates for symptomatic infection and we would expect that similar estimates for hospitalization and death would be higher.”

The XBB.1.5 subvariant is quickly rising to dominance in the U.S. and currently makes up about 49% of new Covid cases nationwide. Officials at the World Health Organization have described XBB.1.5 as the most transmissible version of the virus yet, though it doesn’t have any mutations that would suggest it makes people sicker than other subvariants.

XBB.1.5 is very immune evasive and has mutations that allow it to bind better to human cells, scientists have found. But the CDC study indicates that the omicron boosters provide about as much protection against the XBB family as they do against the BA.5 and its descendants such as BQ.1 and BQ.1.1.

For example, adults ages 18 to 49 who received the omicron booster had a 52% reduced risk of mild illness from BA.5 and its descendants, compared to a 48% reduced risk for the XBB family.

“We did not see reduced vaccine protection against symptomatic illness for XBB and XBB.1.5 compared with those…