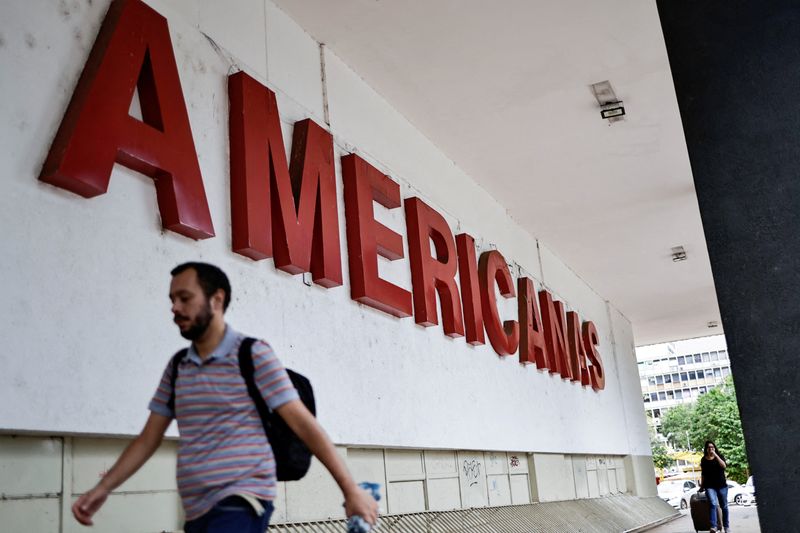 Americanas, backed by the billionaire trio that founded 3G Capital, entered bankruptcy protection last week after disclosing “inconsistencies” in its accounting, leading top investors such as BlackRock and Capital International to scale back their positions in the firm.

The list provided on Wednesday included roughly 41.2 billion reais ($8.1 billion) in debt, according to the court, which initially did not disclose the names of the creditors.

Later, however, Americanas revealed the full list in a securities filing, ranging from small debts with individuals and cities to a more than $1 billion debt with Germany’s Deutsche Bank.

Brazilian banks BTG Pactual, Bradesco and Santander (BME:) Brasil, which analysts previously said were among the most exposed, also made the list, with debts of more than 3.5 billion reais each.

At the same time, Americanas said in a separate filing that U.S. investment management company BlackRock Inc (NYSE:) had sharply reduced its position in the firm following the accounting scandal.

Data published on Americanas’ website showed that in December 2022 BlackRock owned more than 45.5 million common shares in the firm, a stake of roughly 5.05%.

Now, the retailer said BlackRock had cut its position to 1,038,566 common shares, or about 0.12% of the total, plus some derivative instruments accounting for 0.36% of its total common shares.