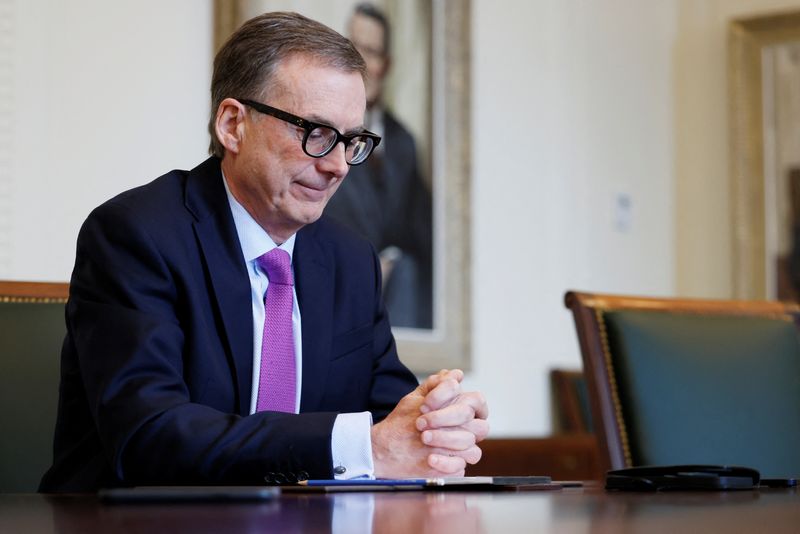 OTTAWA (Reuters) – Bank of Canada Governor Tiff Macklem on Wednesday said he was focused on whether interest rates would need to go higher and is not even considering cutting them as part of the fight against inflation.

Macklem made his remarks in an interview with Reuters after earlier announcing a rate hike and saying the central bank would pause to see how the economy was reacting to tightening.

“As things start to get more back to normal, at some point, yes, we probably will be thinking about some modest cuts in interest rates,” Macklem said.