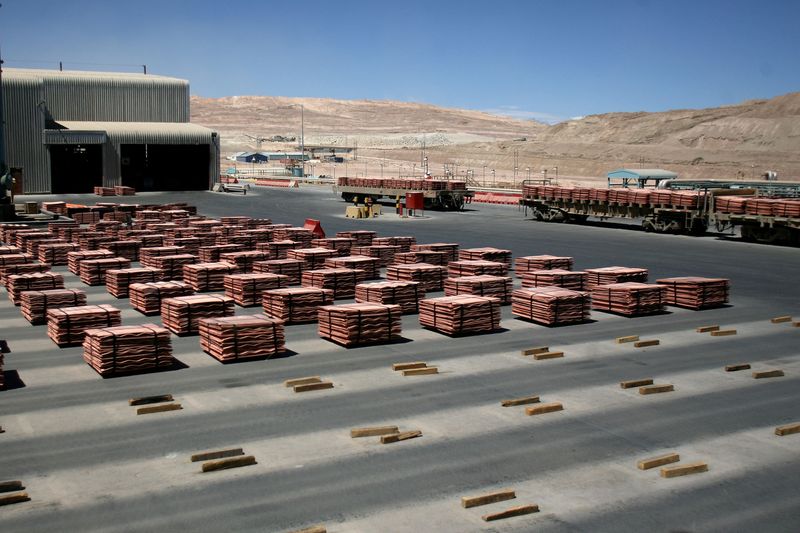 SANTIAGO (Reuters) – Copper production in Chile, the world’s largest producer of the red metal, will grow at a slower rate this decade than previously hoped, a government report seen by Reuters showed, with peak output later and lower than estimated a year ago.

Likely output of the red metal will peak at some 7.14 million tonnes in 2030, two years later than anticipated as delays hit mining projects in the Andean nation, according to an unpublished report from regulator Cochilco obtained by Reuters.

That is well below the 7.62 million-tonne 2028 peak the regulator had estimated in its decade outlook a year ago.

“Lots of important projects in the next decade haven’t advanced in engineering or environmental baselines during the pandemic,” the report said, adding that its outlook was “quite lower than projections made in previous years.”

Production snarls in Chile could prop up the global price of the metal, which has soared since 2020 past $9,000 per tonne. Also, protests in neighboring Peru have curbed production in major mines at the world’s No. 2 copper producing country.

The report states that its projections depend on all planned mining projects in the current portfolio coming online, adding that projects to maintain and expand current mines would not be enough on their own to meet projections.

“It’s necessary for all the new initiatives on the national investment portfolio to materialize, which would contribute 17% of production towards 2033,” the report added.

In a response to questions from Reuters, Cochilco research head Víctor Garay said the peak couldn’t come earlier as new projects needed studies and analysis, which “take a long time”.

Chile’s copper sector, the country’s top exporter, has demanded more “legal certainty” for investment after the government recently denied permits for the Dominga iron and copper project and amid uncertainty over a new constitution.