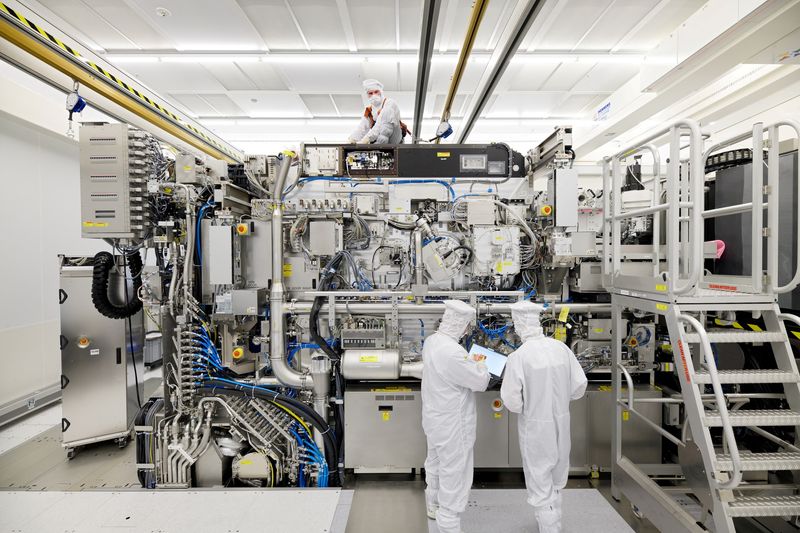 (Reuters) – Dutch and U.S. officials will meet in Washington on Friday to discuss potential new controls on exporting semiconductor manufacturing gear to China, with a deal possible by the end of the month, according to two sources familiar with the matter.

A deal could be announced as soon as Friday if the two sides can agree on the details, said one of the sources, speaking on condition of anonymity. The source added that it was possible that any deal reached might not be announced immediately.

But it has not yet convinced key allies, most notably the Netherlands and Japan, to implement similar equipment curbs seen as essential to making the restrictions effective.

The Netherlands is home to ASML Holding (NASDAQ:), the world’s leading maker of lithography equipment, which is critical for making semiconductors.

The second person familiar with the matter said a central concern for negotiators is that even small supply chain changes could reignite a global chip shortage that has eased in recent months but created havoc in supply chains for the past two years.

Dutch officials are also adamant the controls be tailored to national security concerns and not give the appearance that the United States is trying to favor its own chipmaking industry, said the second source.

The Dutch Foreign Ministry declined to comment. U.S. officials did not respond immediately to a request for comment.

In a press conference with reporters after ASML reported fourth quarter earnings on Wednesday, CEO Peter Wennink said an export control deal may be close and that his company does not participate in the political talks. However, he said that while a deal may be announced soon, it is less clear whether the technical details of any regulations have been resolved.