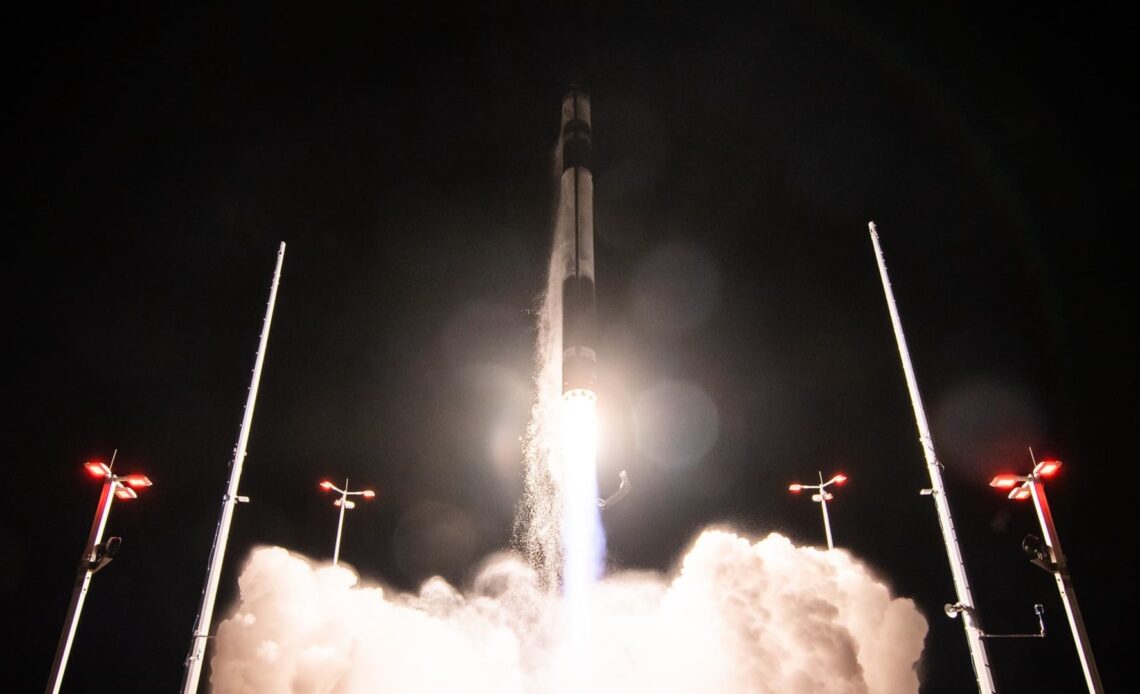 The company’s Electron rocket lifts off from LC-2 at NASA’s Wallops Flight Facility in Virginia on Jan. 24, 2023.

Rocket Lab‘s first U.S. launch got off the ground Tuesday evening, marking a successful mission and a long-awaited expansion of the company’s capabilities.

The company’s Electron rocket launched from NASA’s Wallops Flight Facility on the coast of Virginia, carrying a trio of satellites to orbit for radio frequency analytics specialist Hawkeye 360.

The mission was Rocket Lab’s 33rd to date, but the first from U.S. soil. The company has been regularly launching from its two private launchpads in New Zealand – with nine successful missions last year.

Sign up here to receive weekly editions of CNBC’s Investing in Space newsletter.

The company selected Wallops in late 2018 to build a new launchpad, called LC-2, and aimed for a debut launch by the third quarter of 2019. The company completed work on the ground infrastructure less than a year later and conducted initial testing with an Electron on the pad in mid-2020, but a new safety software system from NASA held up the inaugural launch attempt, according to Rocket Lab.

Beck previously said that NASA’s development of the software was “supposed to be complete by the end” of 2021. But certification of the NASA Autonomous Flight Termination Unit (NAFTU), which is used to automatically monitor a rocket launch and destroy the vehicle if it heads off course, wasn’t completed until last year.

The software was designed to serve the role traditionally performed by a person, known as a “range safety officer,” who monitors the launch’s data.

While some rocket building companies have developed proprietary versions of autonomous flight safety software, NASA heralds its NAFTU system as “revolutionary” since it can be used by “any launch provider at all U.S. launch ranges.” NASA also says NAFTU will help save time and money associated with conducting an orbital rocket launch safely — cost savings that will benefit the agency and companies alike.

NASA’s completion of the system fills a “critical gap in modernizing our nation’s launch ranges,” Wallops director David Pierce said in a statement after Rocket…