How America picks its battles 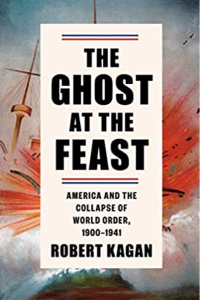 Britain strode out in its quest for empire. Colonialism, it told itself, carried its superior system of government to remote corners of the world and bestowed power and riches along the way. The US was a reluctant entrant to the club of great powers. Its economy surpassed that of Britain during the 1870s, but it wasn’t until 1945 that it fully took its place at the centre of world affairs.

America’s journey from Thomas Jefferson’s aversion to foreign entanglements to its post-1945 restructuring of the international order was stuttering and painful. The forces that pulled it by turns towards isolationism and interventionism still live on — witness President George W Bush’s military misadventures in the Middle East and Donald Trump’s America First unilateralism. Those on both sides of the argument have generally paid scant attention to consequences elsewhere.

For Europeans, if there is something worse than an over-mighty superpower it is an absent America content to leave the rest of the world to settle its own scores. Even now, as Joe Biden’s administration leads the west’s response to Russian aggression in Ukraine, Europeans fret that Trump might yet find a way back to the White House in 2024.

Robert Kagan, a scholar at the Brookings Institution, is an unabashed apostle for the utility of US power in upholding international order. He was prominent among the cheerleaders for GW Bush’s wars in Iraq and Afghanistan and a critic of Barack Obama’s efforts to draw a tighter line around Washington’s responsibilities. Americans are from Mars and Europeans from Venus, he observed, when allies protested at the toppling of Saddam Hussein.

So in charting America’s hesitant path during the four decades of the 20th century before its hand was forced by the Japanese bombing of Pearl Harbor in 1941, Kagan has an agenda: the collapse of world order during that period was in no small part due to America’s refusal to pick up the baton from the British empire.

Today’s isolationists, Kagan believes, should take note. The world, though, has changed. A century on, the US remains the world’s pre-eminent power but its dominion is contested, not least by China’s rise and by Russia’s revanchism. And it confronts enemies within. As Richard Haass, a former US diplomat, explains, if America wants to hold its own in a world that could sleepwalk again into great power conflict, it needs to fix its democracy. Trump’s…