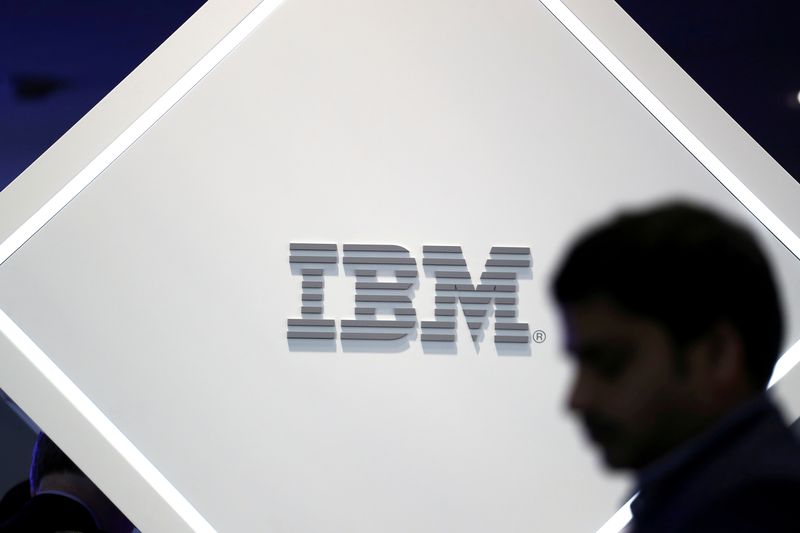 (Reuters) – IBM (NYSE:) Corp on Wednesday reported its highest annual revenue growth in a decade and beat Wall Street expectations for the fourth quarter as more businesses looked to optimize their operations and save costs amid an economic downturn.

The IT software and consulting company also forecast annual revenue growth in the mid-single digits on constant currency terms, weaker than the 12% it reported for 2022 but in line with mid-term targets announced in 2021.

Analysts have raised concerns if IBM would be able to deliver on that considering the turbulent macroeconomic backdrop.

Big Blue’s forecast for slower growth comes after a boom over the pandemic when companies splurged on digitizing their operations. Now, rising borrowing costs and recession fears are forcing businesses to tighten spending.

IBM in October flagged softness in new bookings in Western Europe while peer Accenture (NYSE:) Plc also noted weakness in its consulting business. Cognizant Technology Solutions (NASDAQ:) Corp in November cut its 2022 forecast due to a pullback in contracts.

Still, IBM Chief Financial Officer James Kavanaugh told Reuters on Wednesday that the company is seeing its consulting business grow in terms of cloud spending. Its deal signings doubled in 2022 for setting up services with hyperscaler partners such as Amazon.com (NASDAQ:)’s AWS and Microsoft (NASDAQ:)’s Azure, he said.

“I can’t stress that enough … enterprise clients are looking at how they can better optimize their application portfolio and consumption requirement.”

Analysts also expect digitization and cloud-related contracts to stay more resilient than other IT projects.

IBM’s full-year revenue grew 5.5% to $60.53 billion thanks to its shift to the so-called “hybrid cloud” strategy – where the company helps clients set up their own data centers and use leased computing resources.

Its hybrid cloud revenue rose 2% to $6.3 billion in the reported quarter.

The 110-year old company, which makes more than half of its revenue outside the United States, said it expects a neutral foreign exchange impact on its business this year as the U.S. dollar weakens. It booked a forex hit of more than $1 billion during the fourth quarter.

Total revenue growth was flat at $16.69 billion in the quarter ended Dec. 31, compared with…