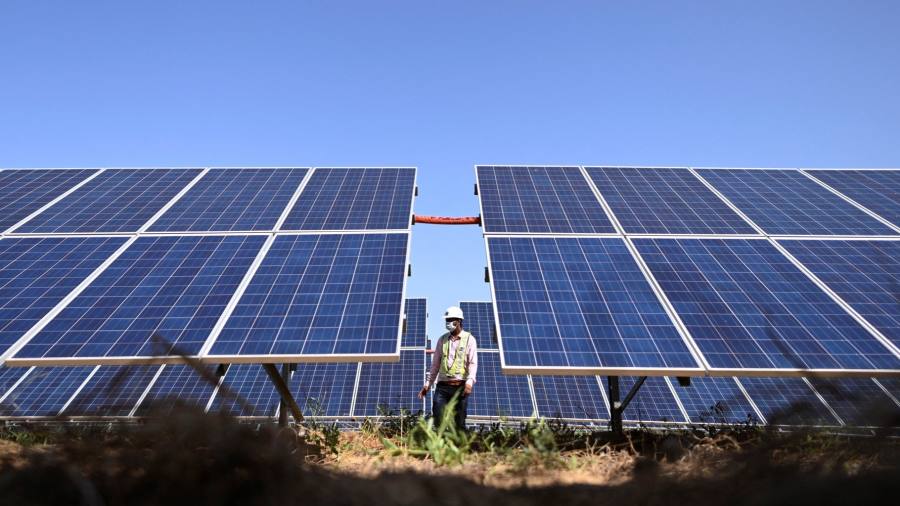 India on Wednesday sold its first sovereign “green bonds”, in a well-received $1bn issue that analysts said boded well for its ability to bankroll the big investments needed to achieve its climate targets.

The government sold Rs80bn ($1bn) worth of five- and 10-year debt, achieving a “greenium”, or a lower borrowing cost than it would for a conventional bond of similar maturity.

The 10-year bond was priced at a coupon of 7.29 per cent, which was 0.06 percentage points lower than for comparable sovereign debt.

India, with a population of 1.4bn, is on track to overtake China as the world’s most populous country this year, and is the world’s third-largest emitter of greenhouse gases.

It has also said it faces a bigger challenge than most other countries in coping with rising temperatures and changed weather patterns, as a tropical country with a long coastline and the Himalayas in the north.

Narendra Modi’s government has committed by 2030 to cut the emissions intensity of India’s gross domestic product by 45 per cent and increase the share of non-fossil fuel sources of energy to 50 per cent of installed capacity, compared with 40 per cent now.

“India is poised to be one of the largest markets for renewable energy, so we would expect asset managers to be attracted to these green bonds,” said Ranajoy Basu, the head of the India practice at law firm McDermott Will & Emery. “This should be seen as a welcome move by the Indian government.”

India has said it plans to use the proceeds raised from the bonds for projects including clean transport, climate change adaptation, water and waste management, pollution prevention and control, and biodiversity.

New Delhi has said it will raise Rs160bn in total for the current fiscal year, and a similar bond offering is scheduled for February 9.

“If the government can borrow at less than market rates, it can raise that much more money that’s needed to meet its decarbonisation targets,” said Neha Kumar, head of the south Asia programme with the Climate Bonds Initiative. “All of this is a very good signal.”

After India unveiled its “green” sovereign bond plans last year, Norway-based Cicero, a second-party provider asked to evaluate them, assigned India a “Medium Green” rating and a “Good” governance score. Among its remarks on India’s borrowing plan, the group said it “remains somewhat unclear exactly how different expenditures’ environmental impacts and risks will…