India’s 2023/24 budget likely to be cautious, cutting deficit By Reuters 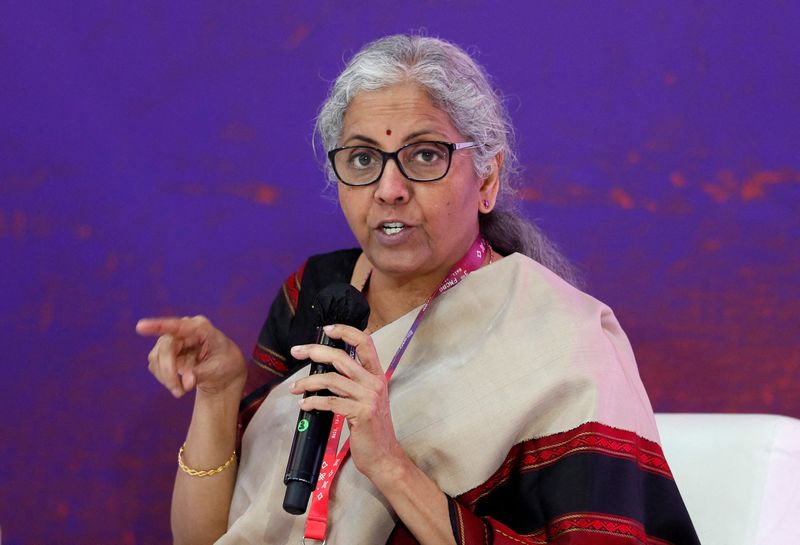 NEW DELHI (Reuters) – The Indian government will present a budget on Feb. 1 that will likely put deficit reduction ahead of vote-winning spending, even as Prime Minister Narendra Modi looks towards seeking a rare third term of office in 2024.

Officials and economists said the large size of recent deficits and a need to gain investor confidence was forcing fiscal caution on the government, overriding the contrary priority of spending to support a weakening economy.

In pulling back the deficit, Finance Minister Nirmala Sitharaman’s budget for the financial year beginning April 1 will also help hold inflation below the top of the central bank’s target range, 6%. (Graphic: Growth on the cards, https://www.reuters.com/graphics/INDIA-ECONOMY/GDP/gkplwxmxwvb/chart_eikon.jpg)

As India faces weakening demand for its exports from the slowing economies of trading partners, its own growth is still recovering from the damage of pandemic controls.

During the pandemic, India had to spend billions of dollars to provide food to the poor, cheap loans for small businesses and free vaccines, pushing the fiscal deficit to a record 9.3% of gross domestic product (GDP) in 2020/21.

Debt issuance soared, and some of those bonds are maturing and must be refinanced, further limiting the government’s room for manoeuvre.

The government now hoped to return to those historical levels by 2025/26, said two officials who were familiar with budget planning but asked not to be named. (Graphic: India’s fiscal deficit, https://www.reuters.com/graphics/INDIA-ECONOMY/FISCALDEFICIT/znvnbzzzkvl/chart_eikon.jpg)