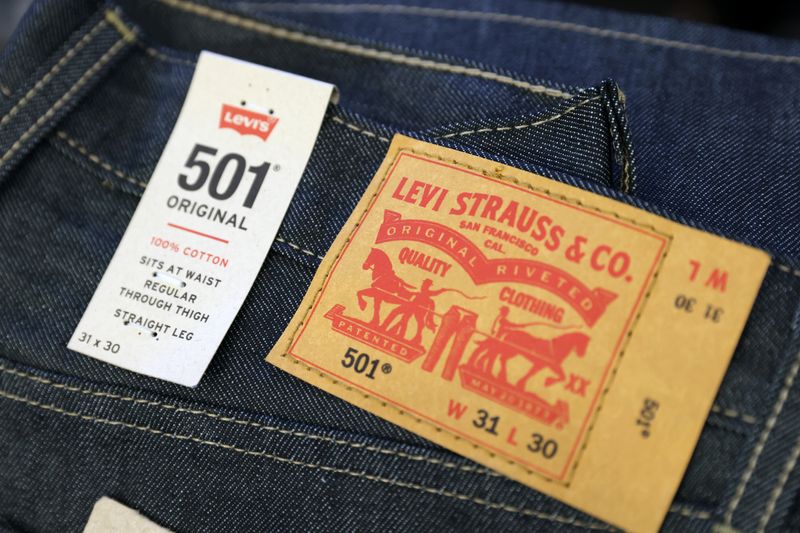 (Reuters) -Levi Strauss & Co forecast annual sales above Wall Street estimates on Wednesday, banking on a stronger back-half of the year even as higher costs and currency pressures cloud its near-term outlook.

Shares of the denim maker jumped more than 6% in extended trading after it also topped fourth-quarter sales and profit expectations and projected an improvement in gross margins for 2023.

The San Francisco-based company is seeing a boost from its direct-to-consumer business, with strong demand for non-denim clothing and women’s apparel helping it offset slumping sales in Europe and an overall decline in wholesale revenue.

However, the company said it expects lower revenues in the first-half of the year.

“We’re thinking about (fiscal 2023) as a tale of two halves, with the first half weaker than the second half,” said Chief Financial and Growth Officer Harmit Singh.

With shoppers now buying more office-friendly and non-denim bottoms such as formal trousers and cargo pants, analysts have flagged uncertainty around denim demand in the near-term.

“They seem very bullish on their numbers for the year, but I do have to say that Levi is one of the top brands, their product is very good … and it is a brand that the customer will go back to if they are shopping,” said Jane Hali & Associates analyst Jessica Ramirez.

Levi projected net revenues between $6.3 billion and $6.4 billion for fiscal 2023, compared with Refinitiv estimates of $6.27 billion.

It expects full-year adjusted profit between $1.30 and $1.40 per share, in line with analysts’ expectations.

Levi’s fourth-quarter revenue fell 6% to $1.59 billion but edged past estimates of $1.57 billion, while adjusted profit of 34 cents per share topped expectations of 29 cents.