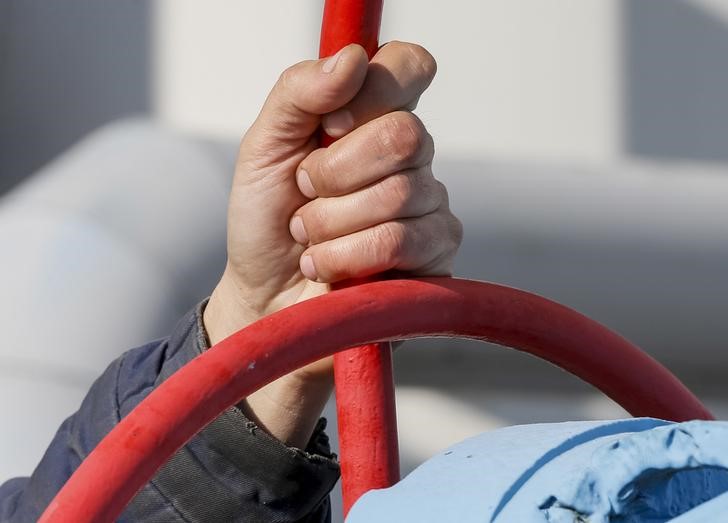 Investing.com — Relief isn’t on the horizon yet for bulls in natural gas, with the heating fuel trading in $2 territory on Wednesday after hitting 20-month lows despite evolving forecasts for cold in a winter dominated by unseasonable warmth.

The front-month gas contract on NYMEX’s Henry Hub settled down 14.2 cents, or 4%, at $2.915 per mmBtu, or metric million British thermal units. It continue to plunge after the close, hitting a bottom of $2.877 earlier — its lowest since April 2021.

The action in gas futures “appears to be a repetitive theme lately, where prices will rally one day and then will sell off the next,” Gelber & Associates, a Houston-based energy markets trading consultancy, said in a note.

Wednesday’s downside action on the Henry Hub came “even though the market will soon be facing an early February winter blast and also amid news that the Freeport LNG export facility is slated to reopen soon,” analysts at Gelber added in the note.

“Even though NYMEX gas futures are overextended to the downside at this juncture…it appears that market bears remain firmly planted in the driver’s seat,” the analysts said.

Houston, Texas-based Freeport, closed for months now, is stalling consumption of 2 bcf, or billion cubic feet, of gas per day. The natural gas liquefaction terminal is expected to resume operations by next month, with traders estimating that it could take weeks for LNG shipments to leave the terminal.

“If Freeport actually does manage to come online in February, thus tightening the supply/demand imbalances, then it could set the stage for a move back above $4.00/mmBtu within the next few weeks,” the Gelber note said.

On the flip side, , benchmarked to the Netherlands TTF exchange, tumbled nearly 12% on Wednesday to close at a one-year low near $18.60 per mmBtu amid concerns that soon-to-be-increased LNG exports from the U.S. could land more gas in an already well-supplied European market.

Natural gas has lost more than 30% of its value since 2023 began, amid tepid heating demand in one of the warmest Northern Hemisphere winters in two decades.

From the start of this week though, forecasts showed the U.S.-based Global Forecast System and the European ECMWF weather model will bring greater Arctic wind intrusions to much of the United States, including gas production areas in Texas, Louisiana, and the Appalachian region, the Gelber note said.

Unlike the late December 2022…