Spotify Stock (NYSE:SPOT): Can the Troubled Streamer Find Its Footing? 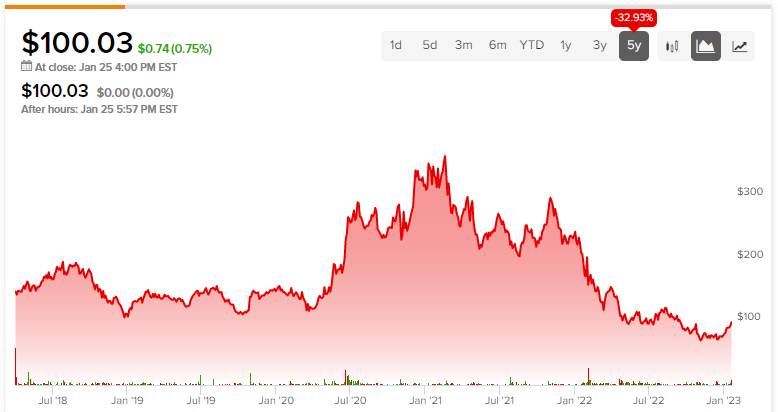 2022 was tough for audio-streaming kingpin Spotify (NYSE:SPOT). Spotify stock has lost its footing in a major way, falling by around 80% from peak to trough. In 2021, it was hard to even imagine such a dominant industry player suffering a massive decline. As Spotify takes its battle with Apple (NASDAQ:AAPL) for audio-streaming supremacy to the next level, the market thinks it’s Spotify that stands to lose.

Indeed, it’s a battle between David and Goliath, and right now, Goliath looks to have a bit of the upper hand. Even if the worst of margin pressures are behind Spotify, the environment remains unhospitable. I remain neutral on SPOT stock.

Spotify may not have the bundling powers of Apple. Further, it could prove difficult to differentiate itself from rival streamers. In any case, I don’t view streaming as a winner-takes-all market. There’s a lot of room for innovation over the next few years. Given this, there are a lot of angles Spotify can take to reignite growth.

With 2022 over, all eyes will be on how Spotify plans to regain its footing to move higher. Undoubtedly, the firm has been clashing with tech titan and bitter rival Apple over the past few years now, and in recent weeks, the Swedish streamer has been calling for regulators to take more action on Apple over “unfair” practices.

Whether or not regulators answer Spotify’s call, Spotify needs to do everything within its power to put itself in a better spot (pardon the pun!). Fortunately, I think it has levers it can pull over the coming years.

Apple’s Service Bundle Has Been the “One” for iPhone Users

Undoubtedly, Apple’s Apple One bundled service subscription includes its music-streaming service Apple Music alongside various digital offerings. With news, video streaming, cloud storage, fitness, mobile games, and a growing lineup of other services (let’s not forget about iCloud+) all together in a nice package, Apple still boasts one of the most impressive and value-rich service bundles that most rivals cannot stack up against.

Even after Apple’s recent service price increases, it still has the bundle that makes the most financial sense for those within the Apple ecosystem. Looking ahead, I think Apple’s ongoing services push could apply even more pressure to digital service providers like Spotify that don’t have the bundling advantages.

Undoubtedly, Apple has been known to keep its best features and services to those who own its…