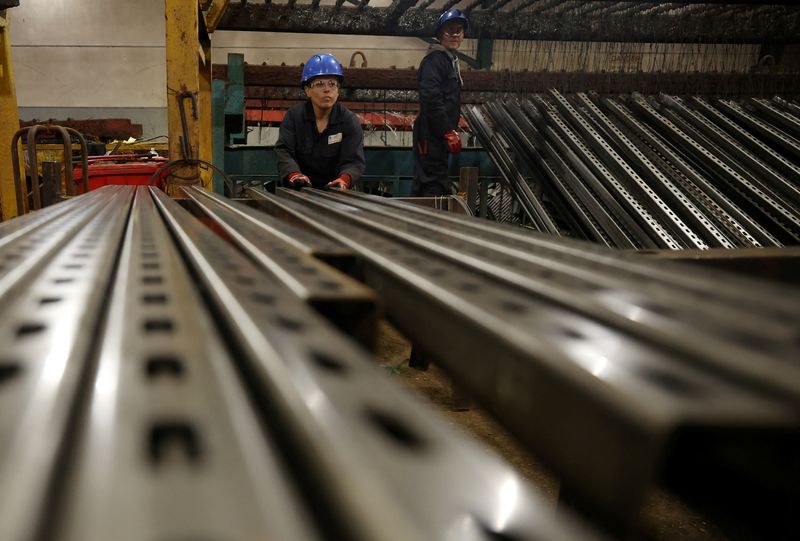 © Reuters. A worker prepares pieces of metal to be galvanised inside the factory of Corbetts The Galvanizers in Telford, Britain, June 28, 2022. REUTERS/Phil Noble

LONDON (Reuters) – Britain’s manufacturers reduced their prices by 0.8% in December from November, the Office for National Statistics said on Wednesday.

Input prices paid by factories fell by 1.1% in month-on-month terms, the ONS said.

Economists polled by Reuters had expected producer output prices to rise by 0.3% on a monthly basis, and for producer input prices to fall by 0.6% month-on-month.

The ONS producer price inflation data for November and December was published later than unusual after the statistics office detected problems with the prices data it uses.

The Bank of England is watching for signs of future inflation pressure. Investors expect the BoE to raise interest rates for a 10th time in a row on Feb. 2 with most pricing in another half-percentage-point increase to 4%.