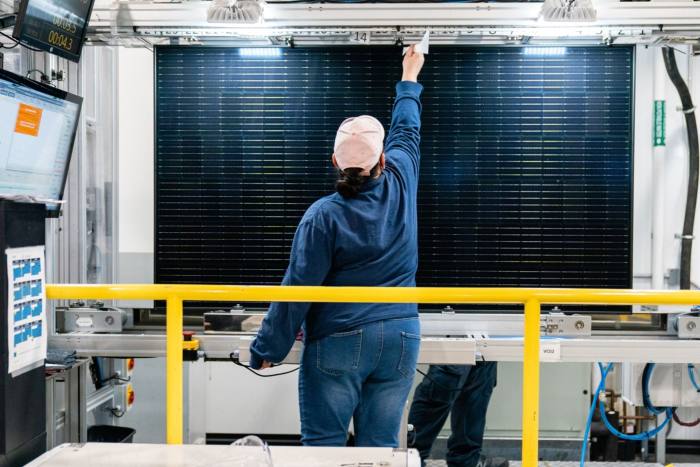 The bill, passed last summer by the US Congress, earmarked $369bn for clean energy and climate-related projects, provoking a litany of complaints from EU governments who claim it violates trade rules and distorts competition.

But business leaders and US climate envoy John Kerry argue that instead of expecting major concessions from the US, the EU and other partners need to take urgent steps to make their own green investment conditions more attractive. The alternative could be lost business and slowed efforts to address climate change.

European companies that are already drawing up plans to boost US spending include BMW, Italian energy group Enel and Norwegian battery group Freyr.

“The basic issue is that the US has created a business case for investment in green technologies,” said Luisa Santos of BusinessEurope, a corporate lobby group based in Brussels. The EU faces more complex regulation and higher energy costs, which “is a very substantial incentive to go to the US”.

What is the Inflation Reduction Act supposed to achieve?

By offering companies billions of dollars — largely through a system of tax credits — the law aims to jump-start investment in new and nascent clean energy technologies. It also rewards companies for setting up in the US, and for reorganising supply chains to be located either in the US or among allies and partners.

The aim is the government subsidies will accelerate the pace at which new technologies become widely available and affordable, as well as create a new economy of “green jobs” in the US while reducing reliance on China.

Aside from its ambition to scale up a domestic US green industry, Washington has one eye on its Paris Agreement climate commitments.

An analysis by Rhodium Group, an independent research group, estimated the IRA could put the US on track to reduce greenhouse gas emissions by 31-44 per cent by 2030 against its 2005 levels, going some way towards the country’s 50-52 per cent Paris goal. This is compared with a low 24-35 per cent reduction without the legislation.

The hope, says Paul Bledsoe, a former Clinton White House climate adviser, is that the tax incentives and public money will “unleash trillions of…