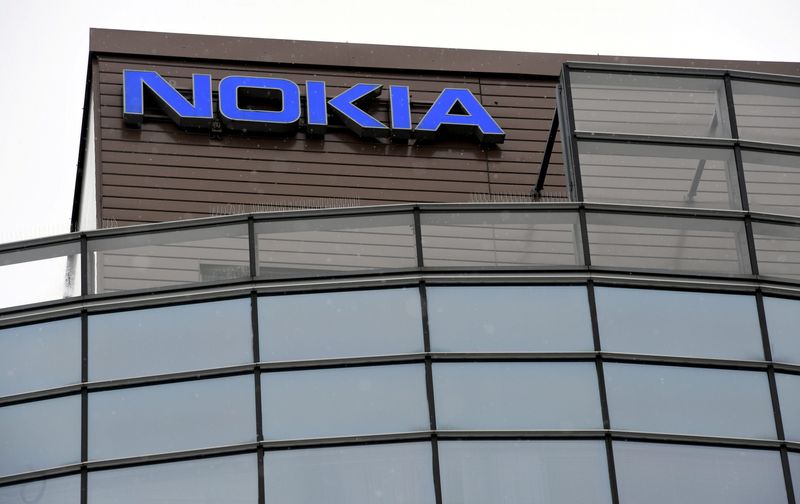 © Reuters. FILE PHOTO: A view of the logo at the headquarters of the Finnish telecoms company Nokia in Espoo, Finland March 16, 2021. Lehtikuva/Heikki Saukkomaa via REUTERS

STOCKHOLM (Reuters) -Nokia on Thursday reported quarterly operating profit above market expectations as the Finnish telecom equipment maker benefited from roll out 5G in countries such as India and forecast an upbeat 2023.

“Looking forward to 2023, while we are mindful of the uncertain economic outlook, demand remains robust,” Chief Executive Pekka Lundmark said in a statement.

Apart from growing demand from business customers, the company also got big contracts from Indian telecom operators for the launch of 5G in that country.

In contrast, rival Ericsson (BS:) had reported lower than expected fourth-quarter core earnings citing weak sales of 5G equipment in markets such as the United States.