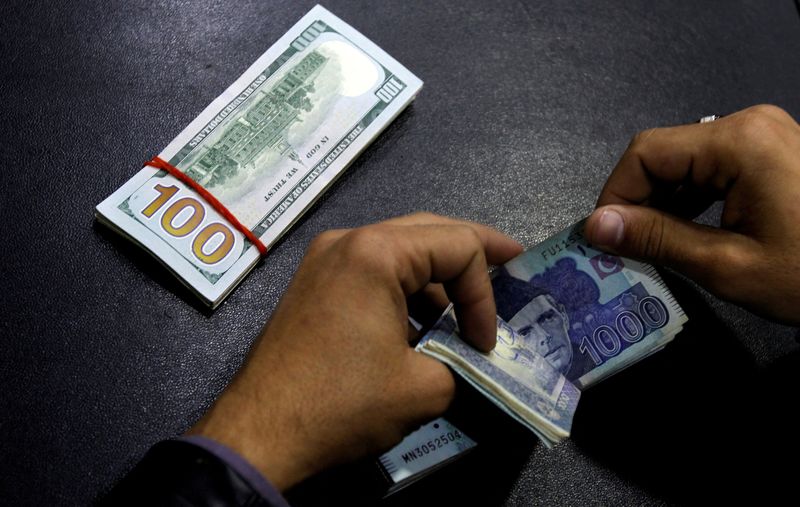 KARACHI, Pakistan (Reuters) – The dropped about 1.8% in early trading on Thursday against the U.S. dollar in official bank exchange rates, according to trade data and investment houses, a day after it fell over 1% in the open market.

The rupee closed at 230.40 to the dollar on Wednesday in the interbank official rate, and slipped to 235 rupees early on Thursday when the market reopened.